Titanic iron-truss bridges across the Saint-Laurent river, trailing a broken ice mantle. Arthur drives the van -packed with amplifiers, a double-bass, a drumkit, five guitars, twenty harmonicas and all the Moriarty family- across slippery highways, down to Sherbrooke. Suburban feel, brickhouses, wide roads, telephone poles, all silent under the falling snow. Tonight we play in a brewery across the road from the Granada Theatre in which we performed last july. In the basement there’s a sturdy animal smell of fermented organic matter. We store our gear among bags of malt and stainless steel cisterns. Tour-mates Lily Frost and her musicians join us in the tiny office turned into a dressing-room, and we learn about the mysterious existence of merkins. As night falls the brewery fills up with a few hundred people but we have to wait for the hockey match airing on TV to end before we can start the show (apparently that’s a customary canadian/québecois ritual). By the middle of the set a troupe of thirty people stand up from their seats and start dancing and singing in front of the stage, humming along the old cajun song « Je me suis réveillé un matin de May » like the crew of a drifting ship. The atmosphere is heated up but unfortunately we have to pack everything up and depart in a hurry, to get back to Montreal before dawn – it’s a long, slow, eerie drive under the ever-falling snow, along a desert white highway, Arthur and Sébastien holding the wheel until we reach our abode on Place du Mont-Royal at 3:30am.
Moriarty on tour: Boquébière, Sherbrooke, Québec, february 2013. 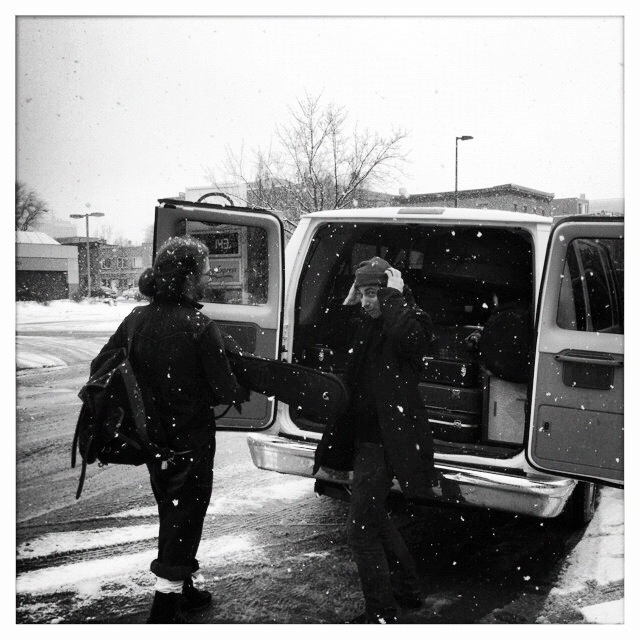 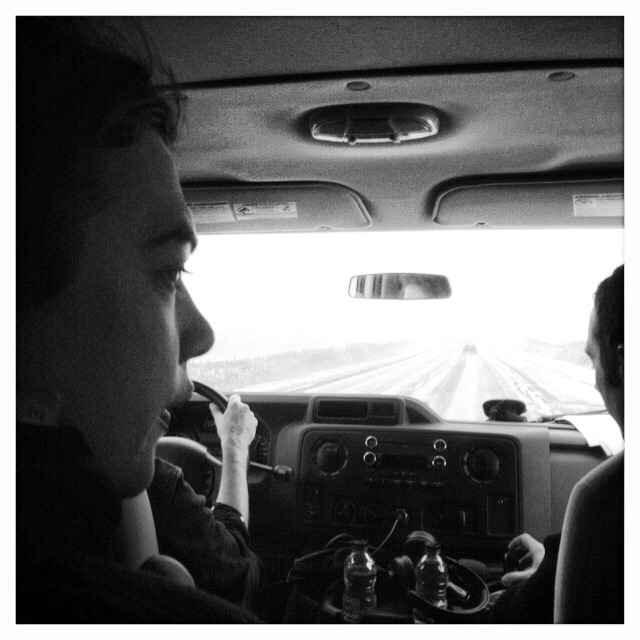 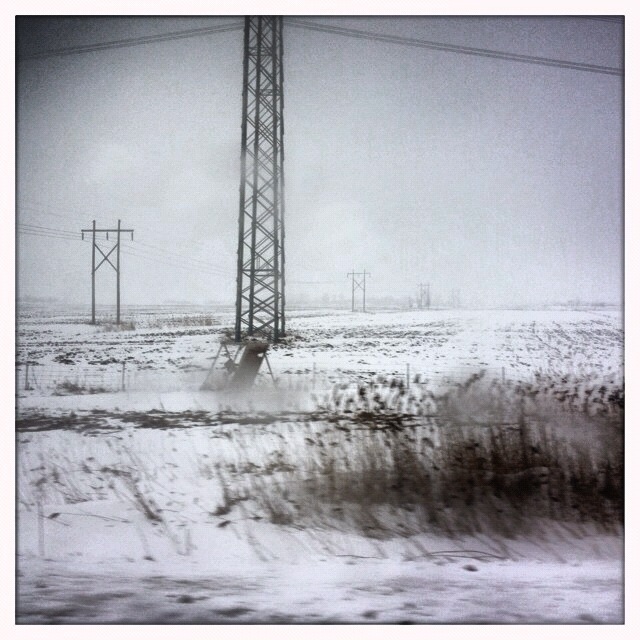 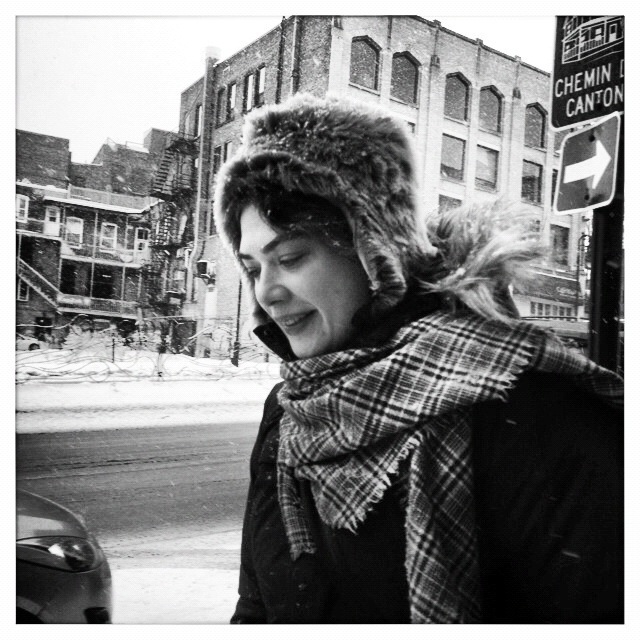