10am, next morning, warmed up by the sunny sunday, we’re up to rehearse with our fellow musicians with whom we’re due to play acoustic shows in the afternoon: Irshad & Nishad Ali Kawa from Rajahstan, Wayne Standley from the US & Moriba Koïta from Mali (call it an international coalition!) It’s a speedy concentrated time, we go through Belle, Isabella and Fire Fire with the indian brothers, who are singing and playing tabla and harmonium with an unstoppable energy and candor that brings us back to our time in Mumbai in 2009… then we gather with our (spiritual) fathers Wayne & Moriba and try out Pretty Boy Floyd, Fireday, Private Lily. We barely have time to think or eat, already the visitors are flooding the Musée de la Musique, gathering among the century-old instruments, as Moriba & Wayne start the show, telling stories about their instruments and the roots of their music. Although they can’t speak each other’s language, they share something, a connection, and we can feel the odd similarity of their two characters, father-storytellers with the music in their guts and fingers. We join them for Pretty Boy Floyd. Half an hour later, Irshad & Nishad start playing their Qawwali (sufi music from the Indo-Pakistani area), and we join them for Isabella. Then at 5pm it’s our turn to play on the last floor of the museum, next to the mighty octobass, surrounded by the audience filling up the space and the balconies. We improvise a 30mn concert, ending with everybody, Wayne (on Oklahoma Hills), Moriba (on Fireday & Private Lily), Irshad & Nishad (on Belle). It’s beautiful when we hear the long, high powerful notes sung by the indian musicians reverberating far away on the concrete shell of the building.
At 7pm we’re back on the main stage of the Cité de la Musique to play the last show of this musical marathon weekend, followed in the main hall by our guests, the Ka’bossy orchestra from Madagascar. 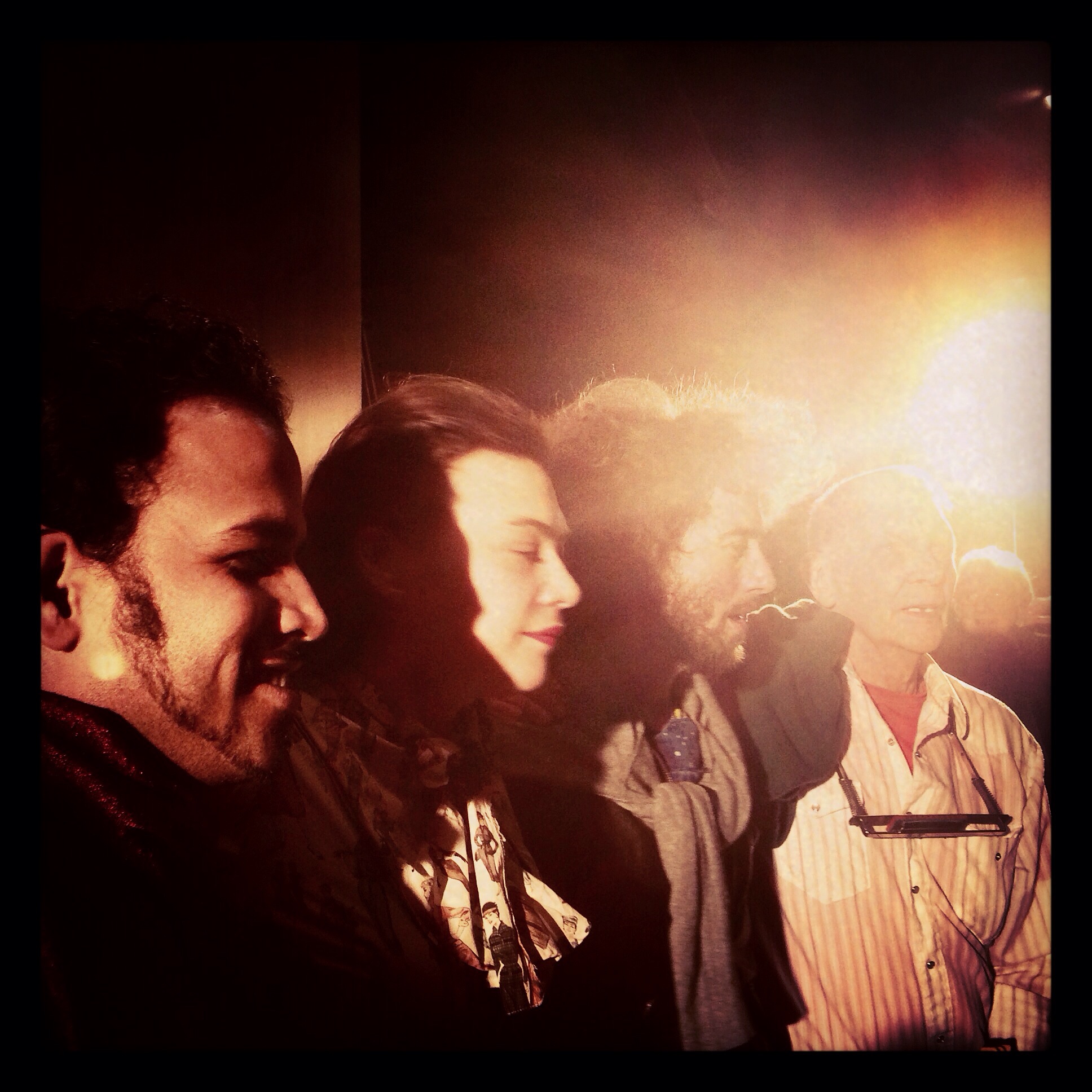 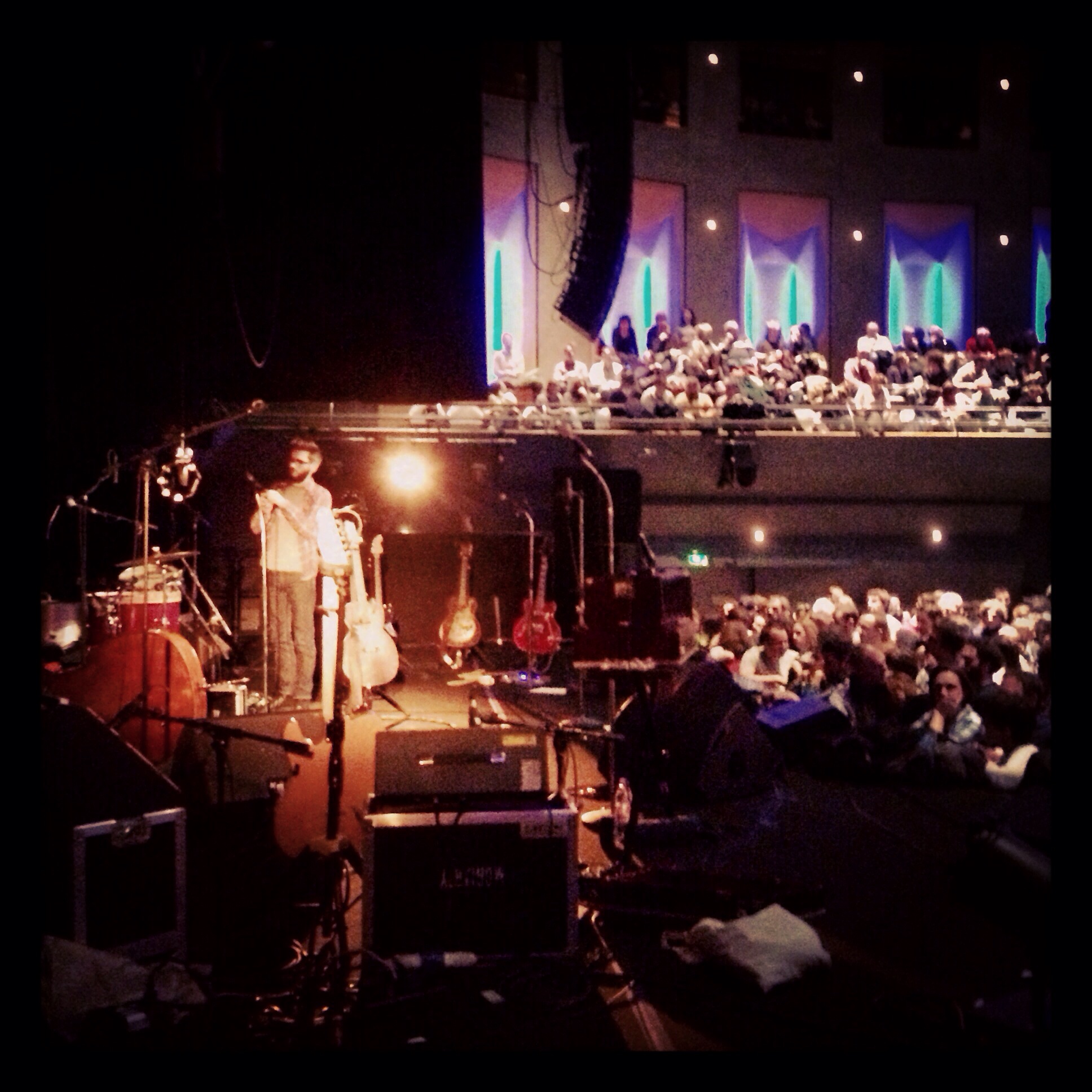 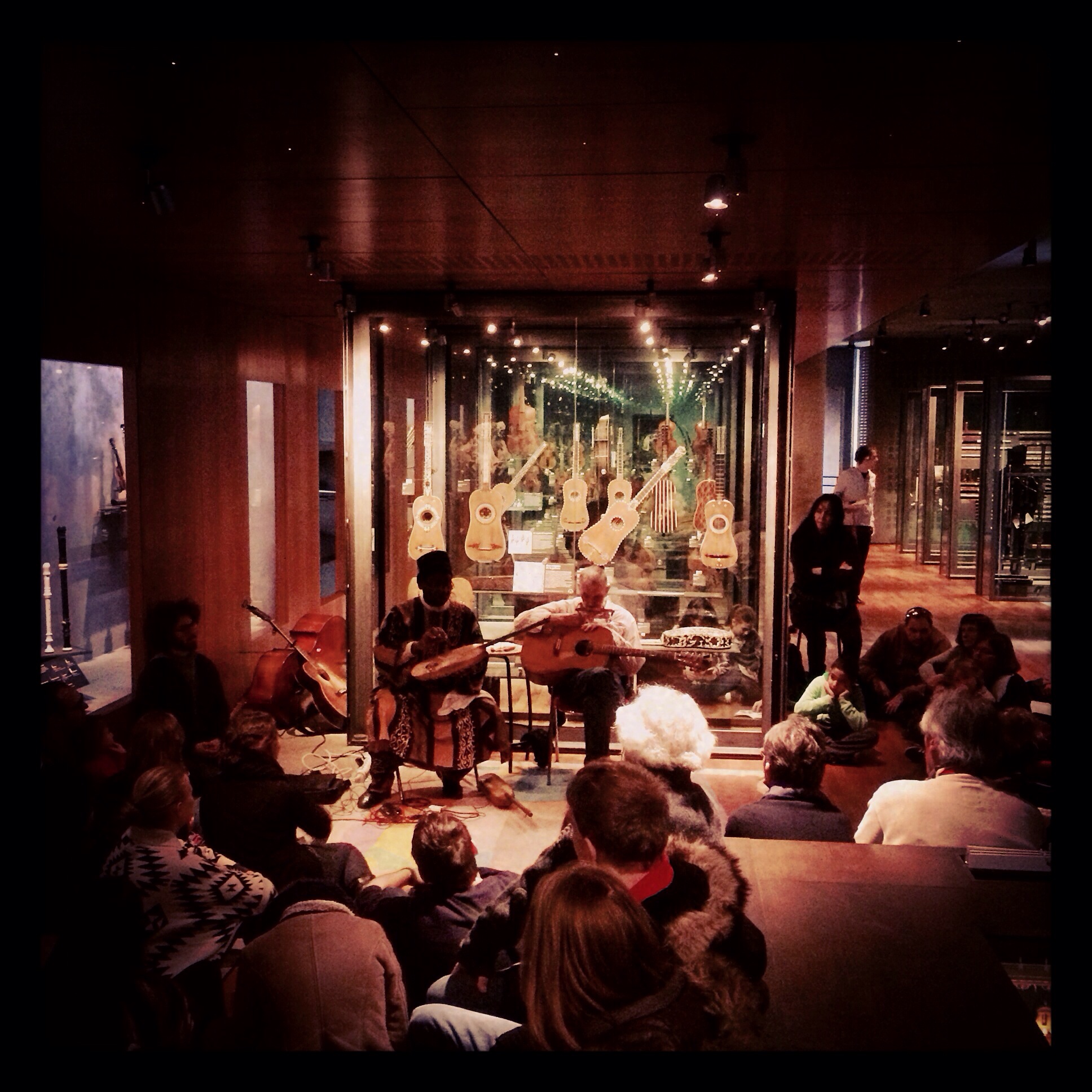 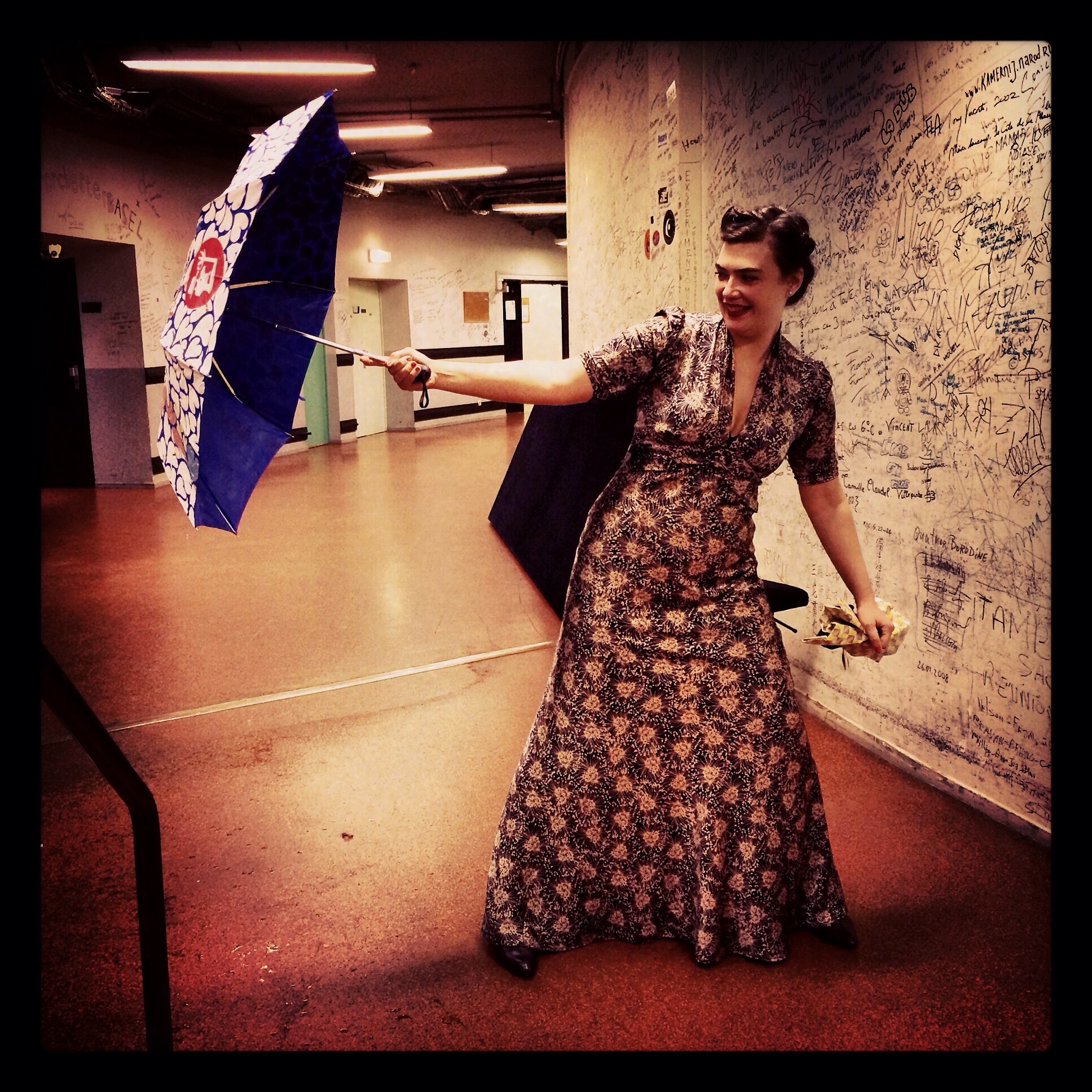