Back in Berlin after 3 years. January snow on Schönefeld and beige cabs. It’s freezing wet. The taxi driver, speaking with the Beh’lin twang, brings us to the Park Inn on Alexanderplatz. From the 35th floor window we watch the Fernsehturm soar like a lonely needle over the flat metropolis, rows and rows of DDR concrete blocks along the Karl Liebknecht-Straße. Lying on the hotel bed, curtains open, one can see its red lights flashing in the night, like robotic eyes watching over the inhabitants… In the morning we meet our german crew, Maren & Matthias who drive us all day through interview after interview, radio sessions and encounters. It’s hectic and beautiful to drive around town, from Mitte to Kreuzberg and back under the cold Winter sun. Acoustic gig on indie radio station Flux FM, in the attic of a former workshop facing the Spree, where the Wall used to be. From these windows, 26 years ago, one would stare right over the border, this was Kreuzberg’s furthest frontier, a place isolated from the rest of the world, forgotten by both East and West. This industrial building used to be inhabited by squatters and drifters, people driven here by choice or necessity, at the end of the world. Now the wheels have turned and it’s a communication hub… and that’s the way things go in Berlin. In the evening we go back to our 35th floor and shoot an in-depth interview with Tipstr.tv in the hotel room, before heading out into town, and spotting a strange, minimalist bright orange poster with our name on it in handwritten gothic lettering: the Volksbühne graphic stance stands out. 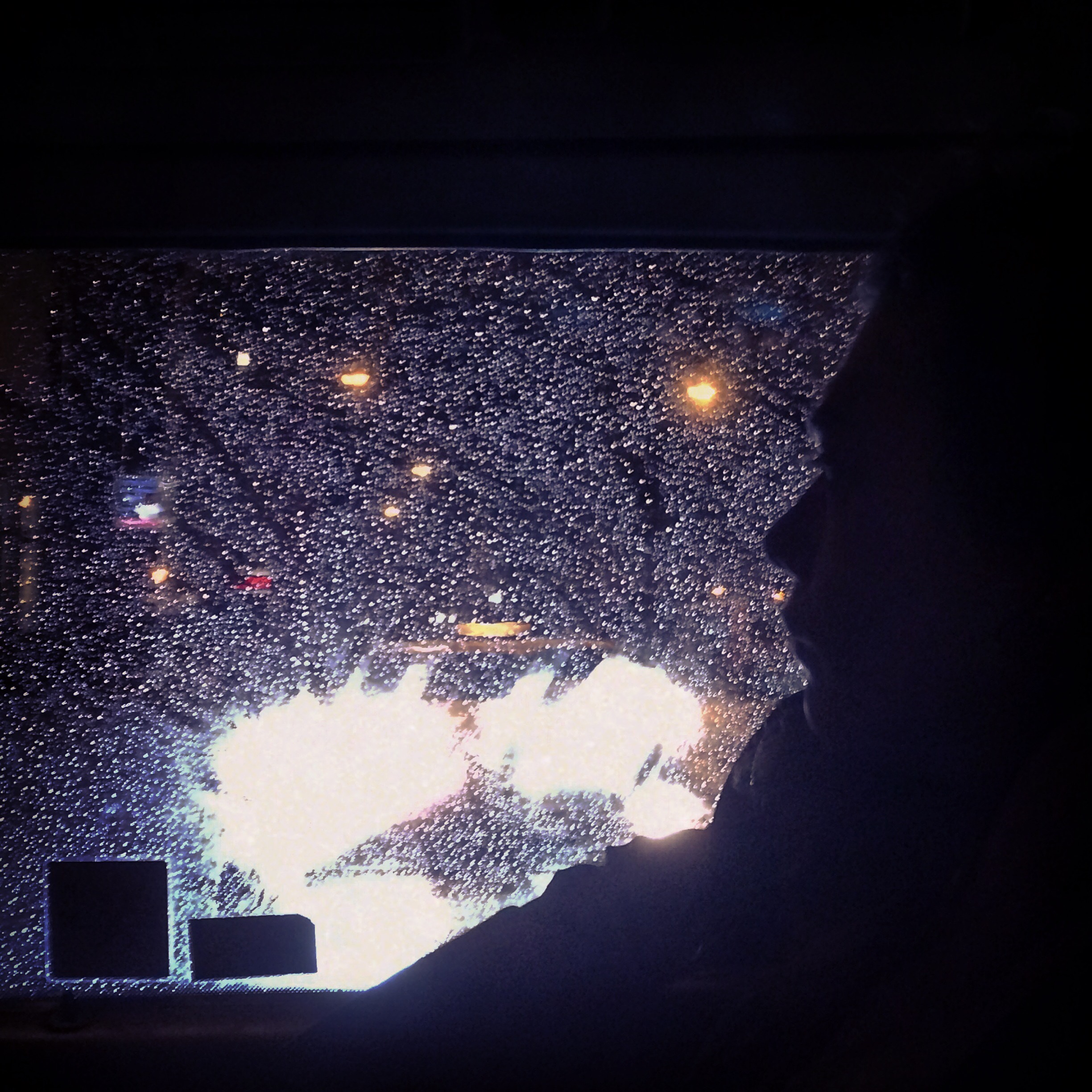 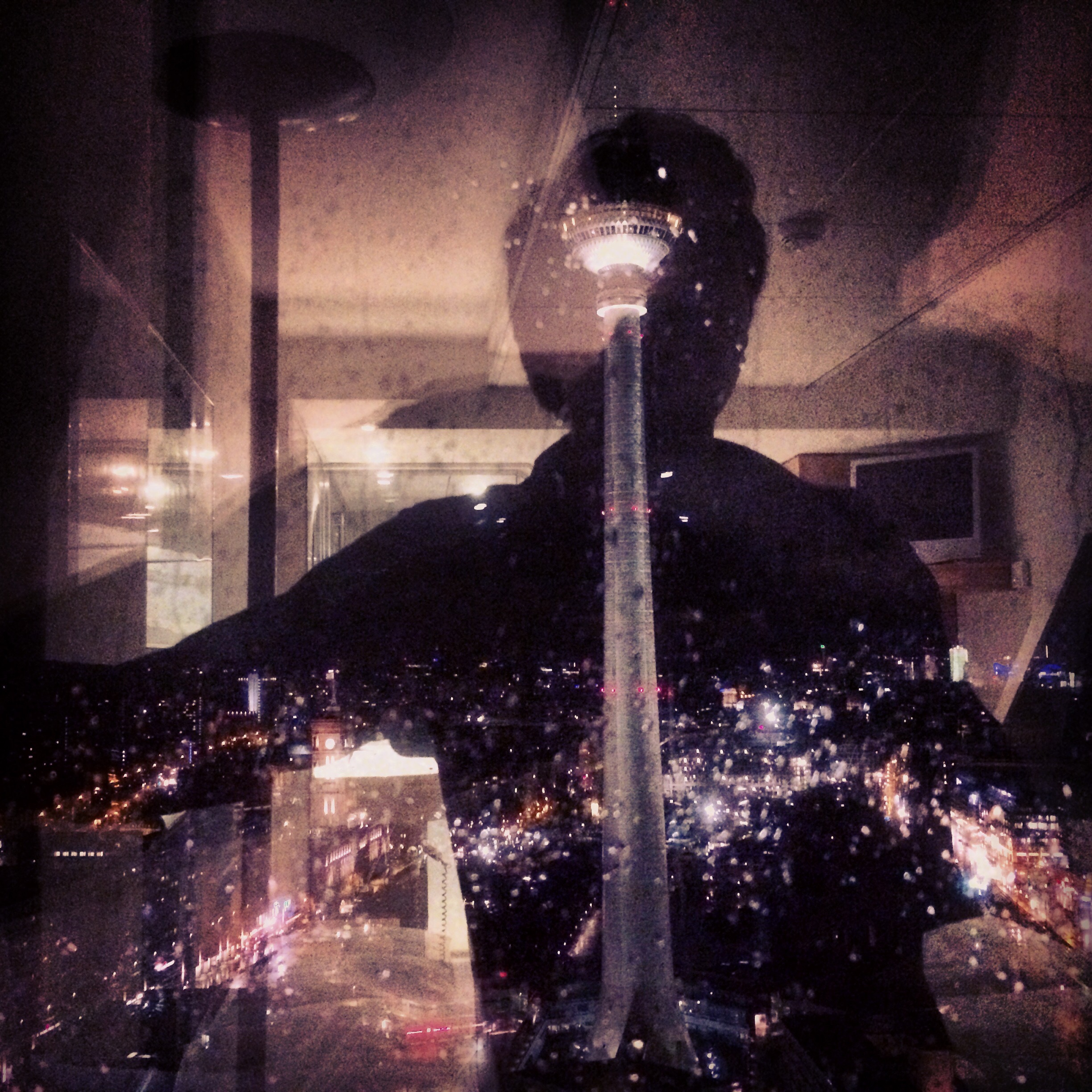 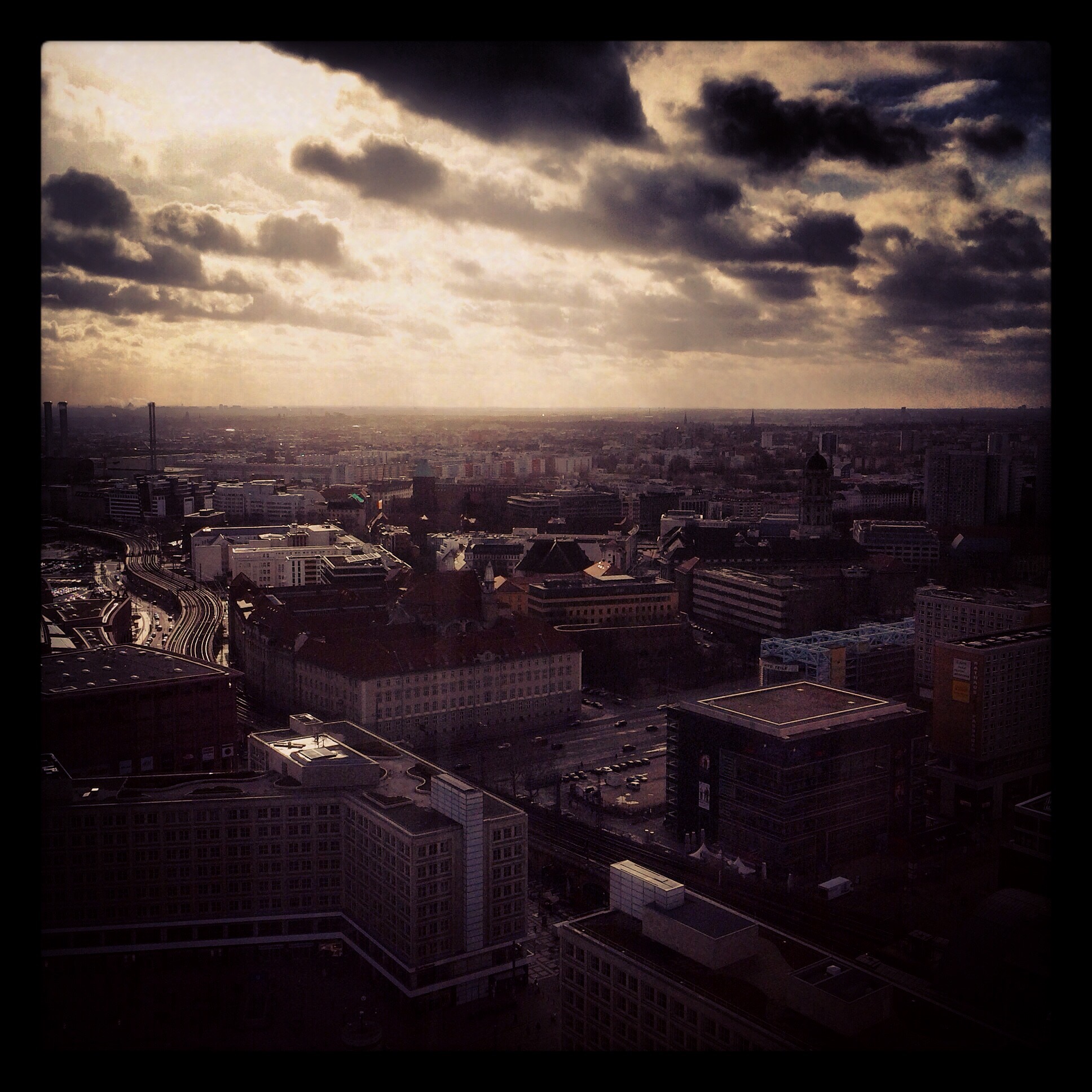 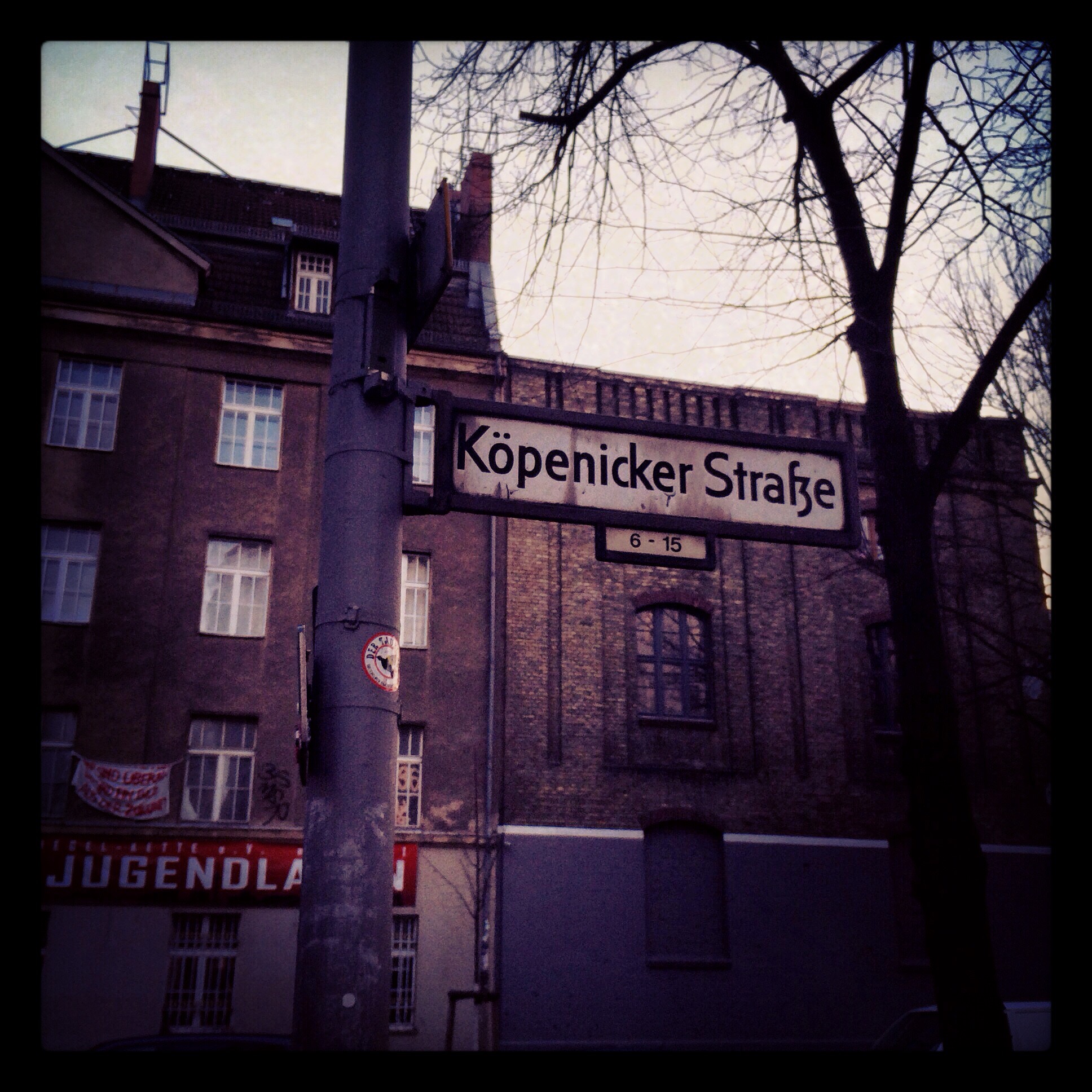 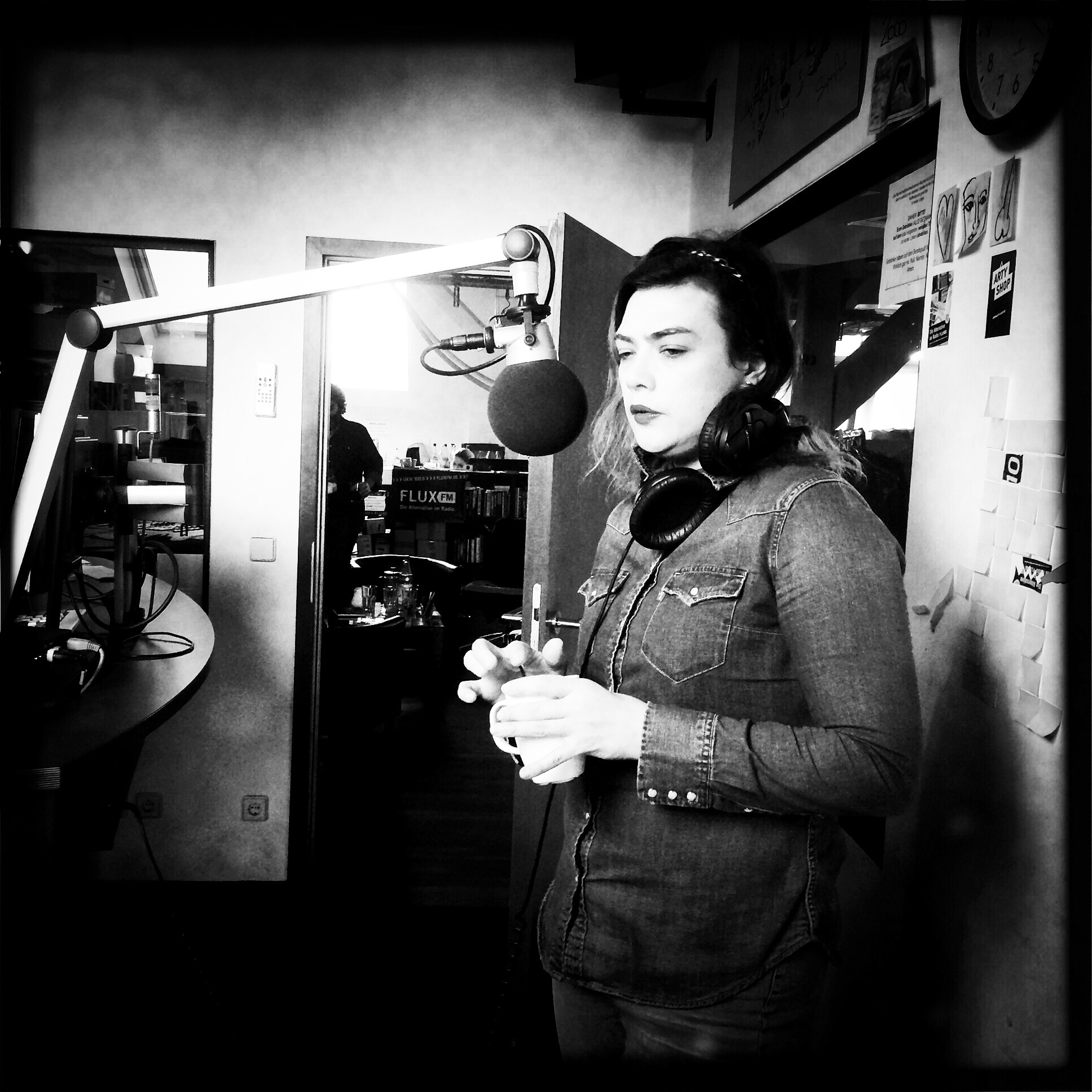 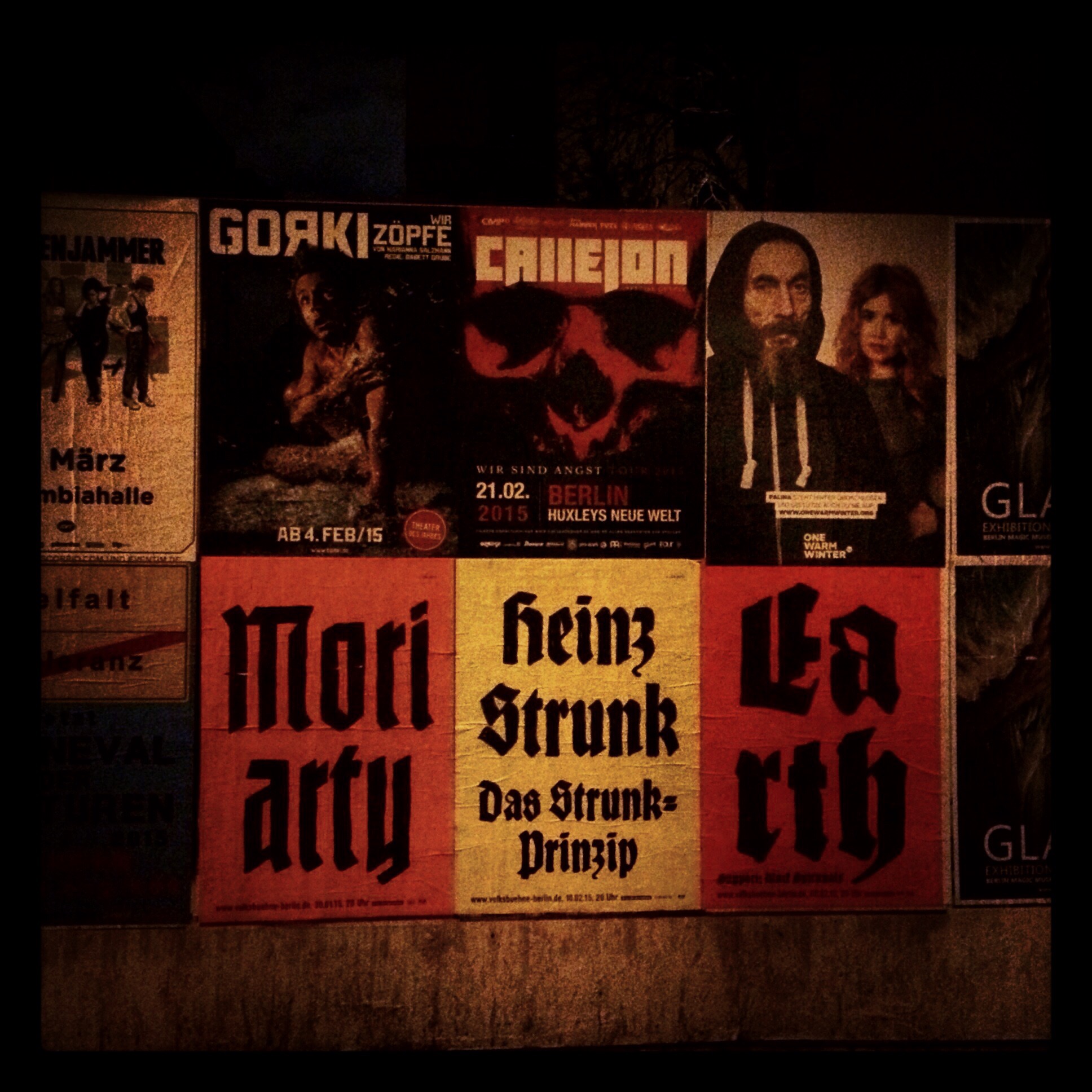