A special place: The Crematorium is a masterpiece of Art Nouveau architecture built in 1908 by Charles L’Eplatennier – with the help of his students from the Ecole des Beaux-Arts de la Chaux-De-Fonds (among which a young man called Charles-Edouard Jeanneret, later known as Le Corbusier…).
The building has an aura at once precious and archaic, recalling ancient temples, romanesque churches, and Viennese Secession sensuality. Its design, initially a very masonic composition (a white ashlar stone cube topped with a stone pyramid) was altered by L’Eplatennier to become an ornate, narrative, mystical Gesamtkunstwerk, bringing together architecture, sculpture, painting, mosaics, stone & copper ornamentation, and landscape design… We realized it fitted almost perfectly the theme of our new songs: the « Epitaph » project, and its tales of travels in the Underworld.

It was a cold, freezing day, switching from sunlight to dark overcast skies, as we entered the straight linear streets of La Chaux-De-Fonds, the industrial city dreamt by modernist watchmakers, to find the cemetary at the end of the Chemin de la Charrière.
The concert was organized by Emilie Blaser, who had performed a theater play here two years ago, « Nous ne faisons que passer… ». Her father and family helped us to prepare a Christmas Spiced Wine and some cakes to welcome and warm up the audience.
Fifty people came at 4:30pm, before sunset, and when they came out an hour later, night had fallen.
We played an acoustic set without amplifiers, using the acoustics of the space, the strange pyramid-shaped vault and the recessed-copper panelling.
Songs about the departed, prisoners and ghosts, but music with rythm and frenzy.
We wished that the audience would feel the presence of lost souls but would also rejoice and feel warm with the music. We didn’t think of it as a grim funeral concert, but rather as an exorcism, a way to think about life and death in a colourful, intense, physical way. 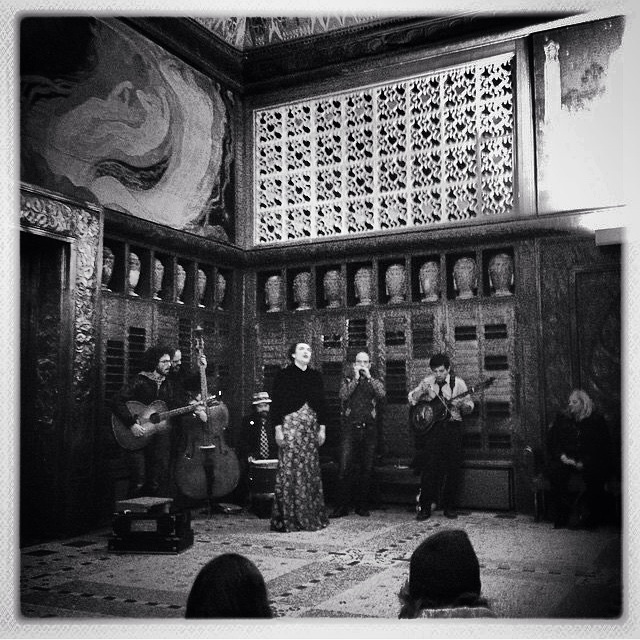 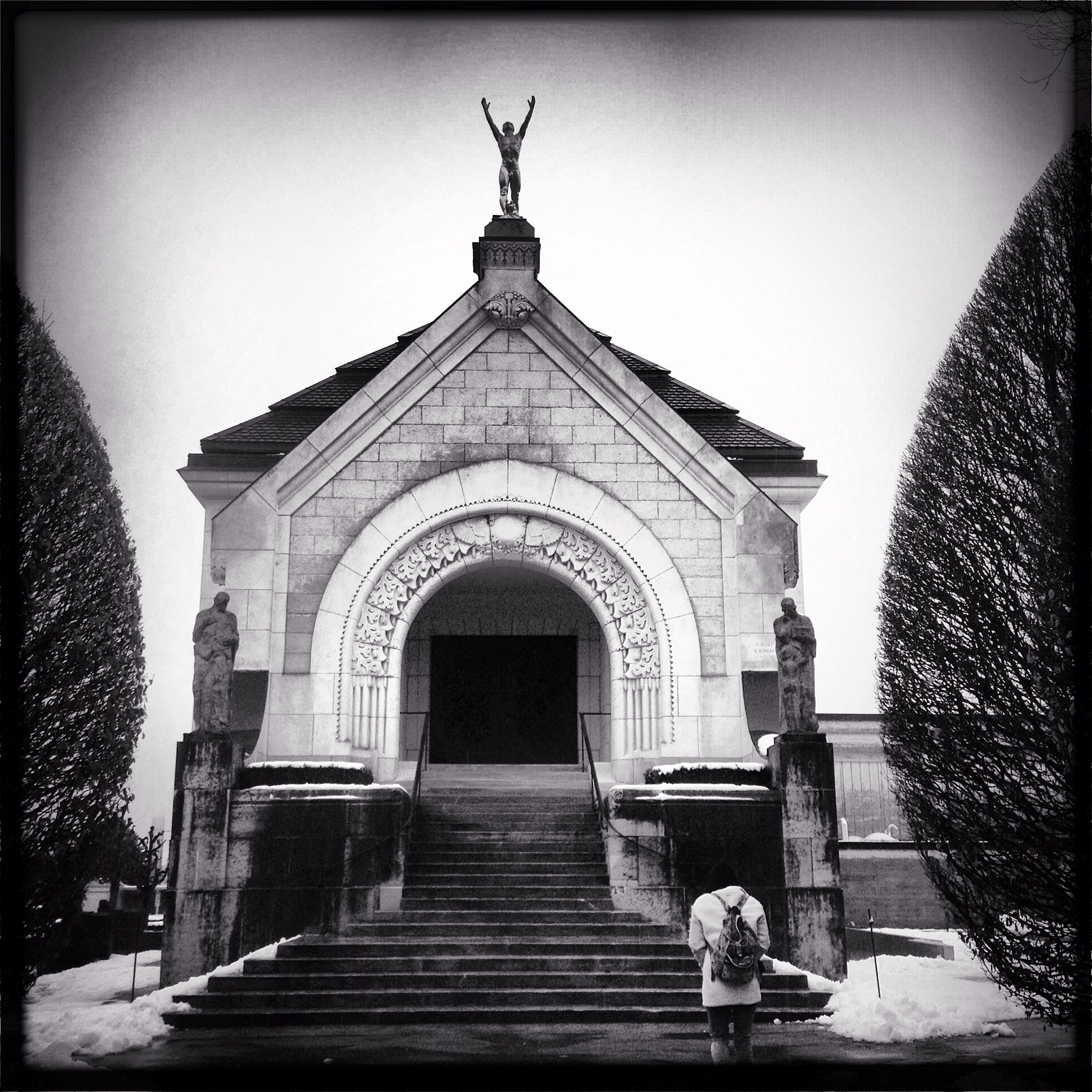 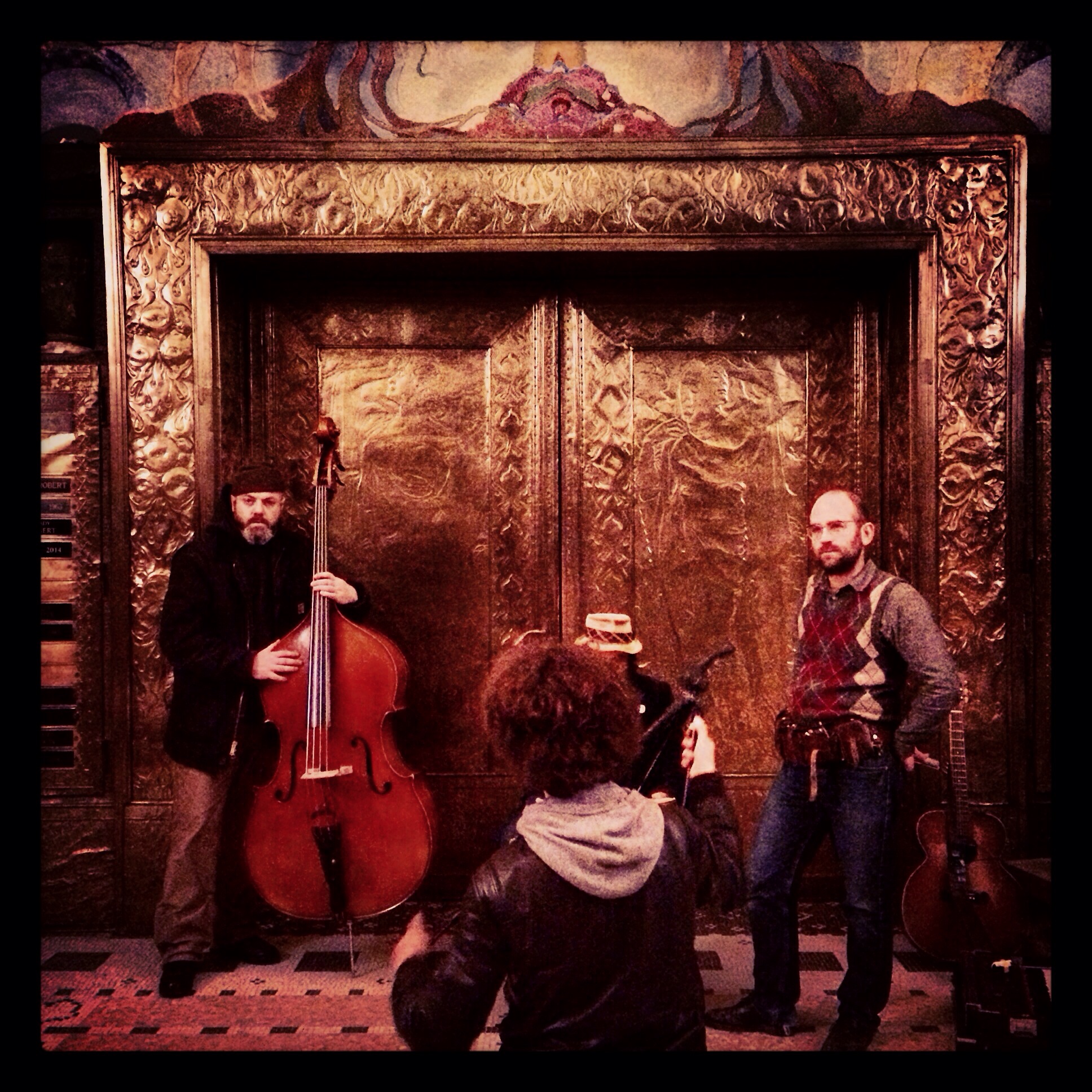 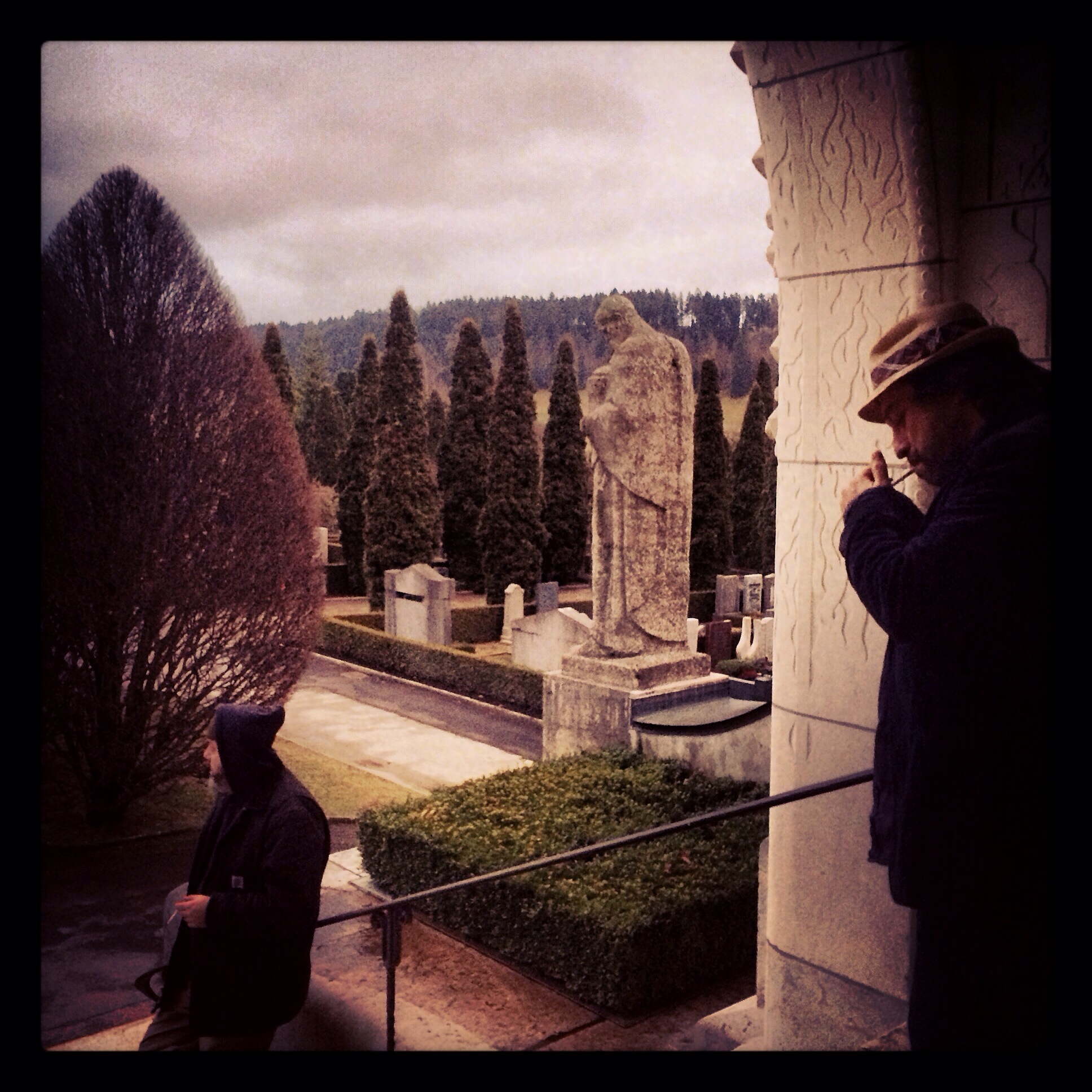