Departure for the cold lands. Air Canada, Boeing 777 with few passengers in it and a surprisingly senior/elderly flight crew. As we are about to board, we talk about our journey to come, and a concert we will do in a place called Waterloo in Quebec… next to us, a lady turns around and says with a delightful accent: “Attention parce que ça c’est mon nom! J’m’appelle Waterloo!”. The flight is quite smooth and as fly over Iceland, we can see far below the airplane, cumulus and alto-cumulus clouds hovering above the rippled silver sea, casting small shadows on the surface, revealing the glimmering white dots of the icebergs floating in the northern Atlantic. Upon arriving at Trudeau Airport, we are joined by our friend Philippe Dupuy, the cartoonist travelling with us to record moments and visions from the insider’s point of view, and we are welcomed by Regina, our driver/tour manager/host in Québec. She drives us into town, and we feel the now familiar vibe of the city wrapping itself around us, snow-caked curbs, towers of glass and blocks of brick, plumes of smoke and white vapour, american vehicles and ancient-sounding french names. We find our temporary home, a strangely clean and sleek condo in a tower block near Sainte-Catherine. The huge windows are facing an old blackstone church, its spire mingling with the postmodern skyscraper skyline of the financial center. Although jet-lagged, the whole Moriarty crew wants to feel a little bit of Montreal, so we head out for a dinner in the Mile End, on Bernard Street. As we head back home, fighting the chilling wind, we walk past the elegant black silhouettes of jewish men with their long petticoats and wide-brimmed hats, neatly outlined against the snow-white sidewalks, and strangely they don’t seem to feel the cold. 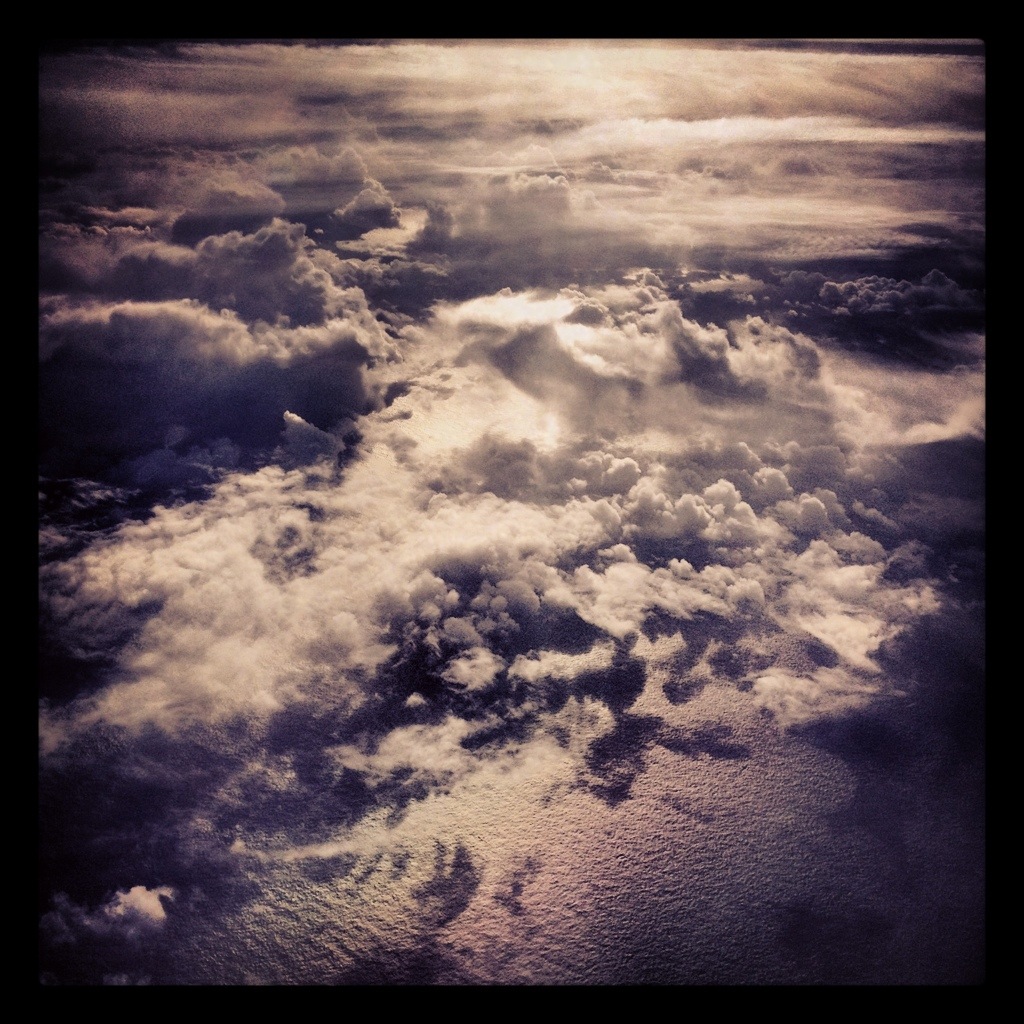 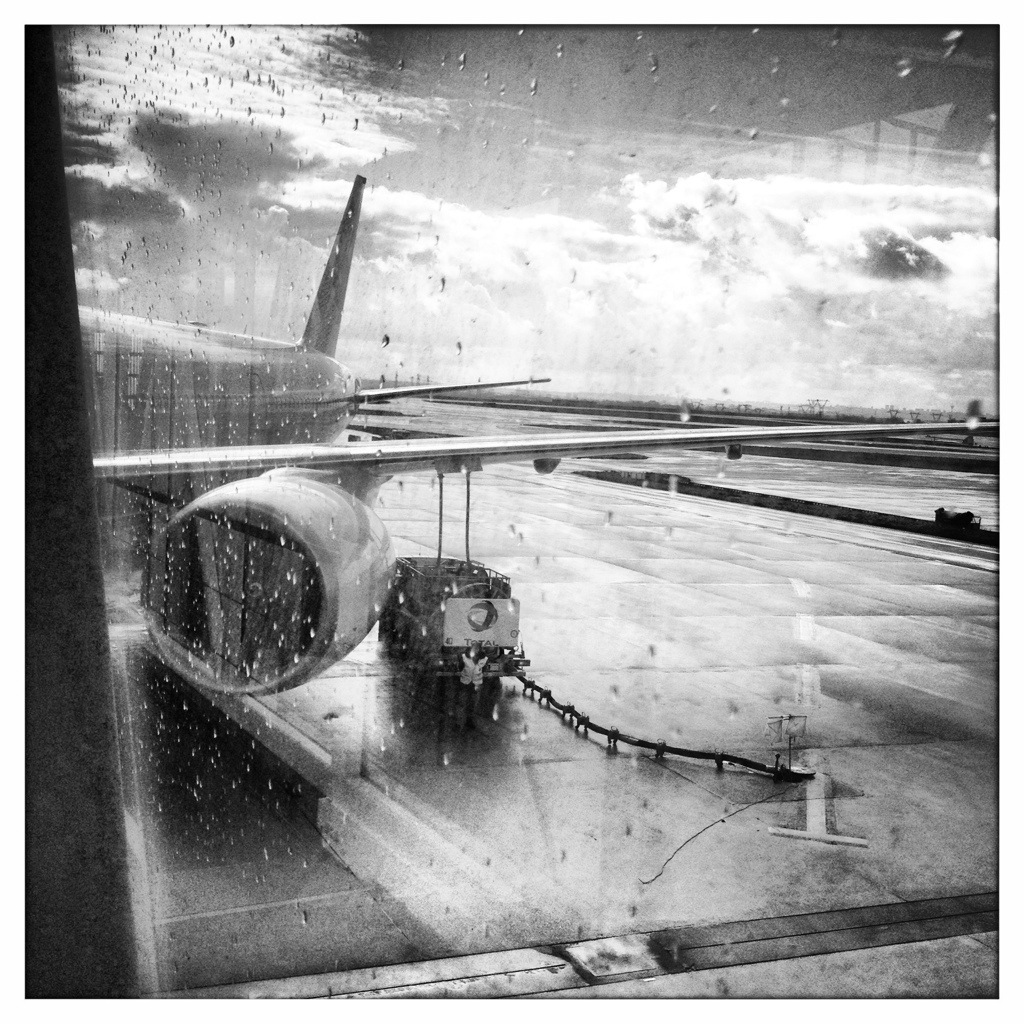 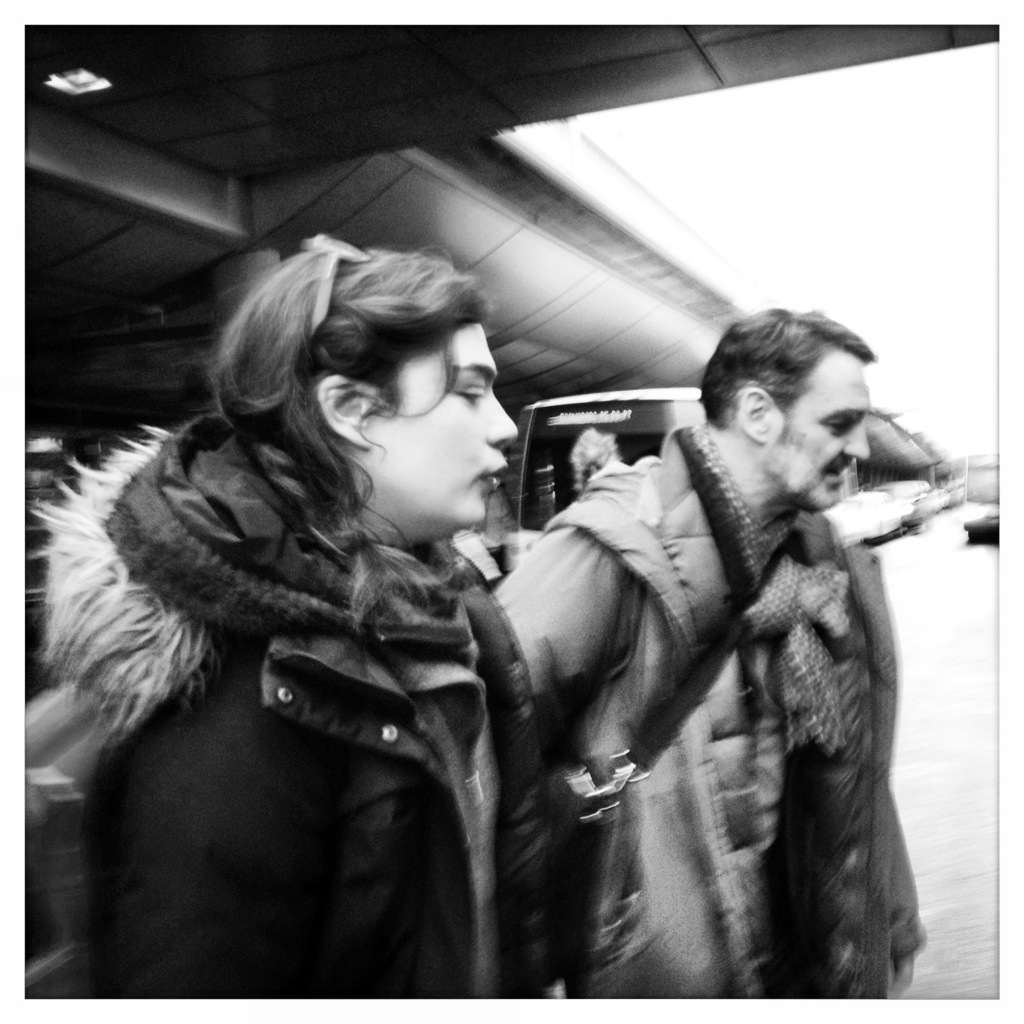 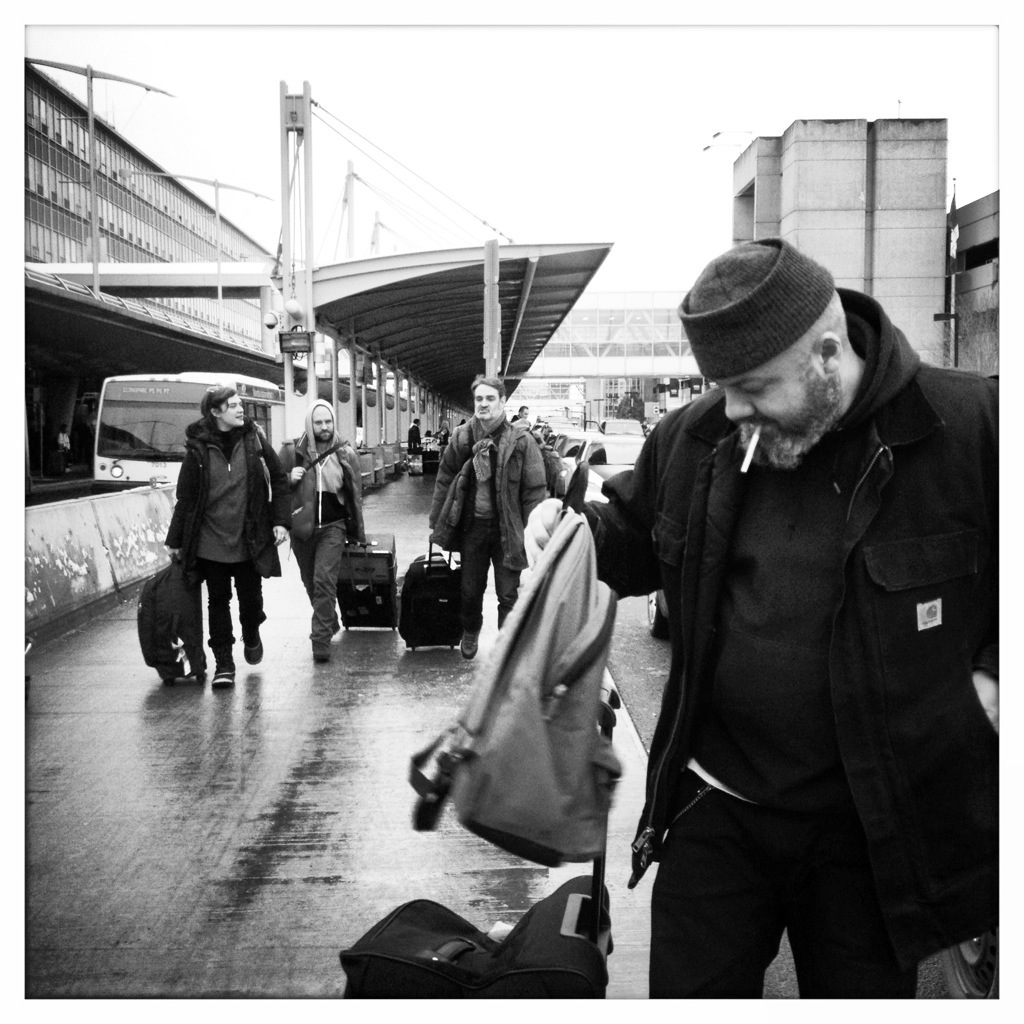 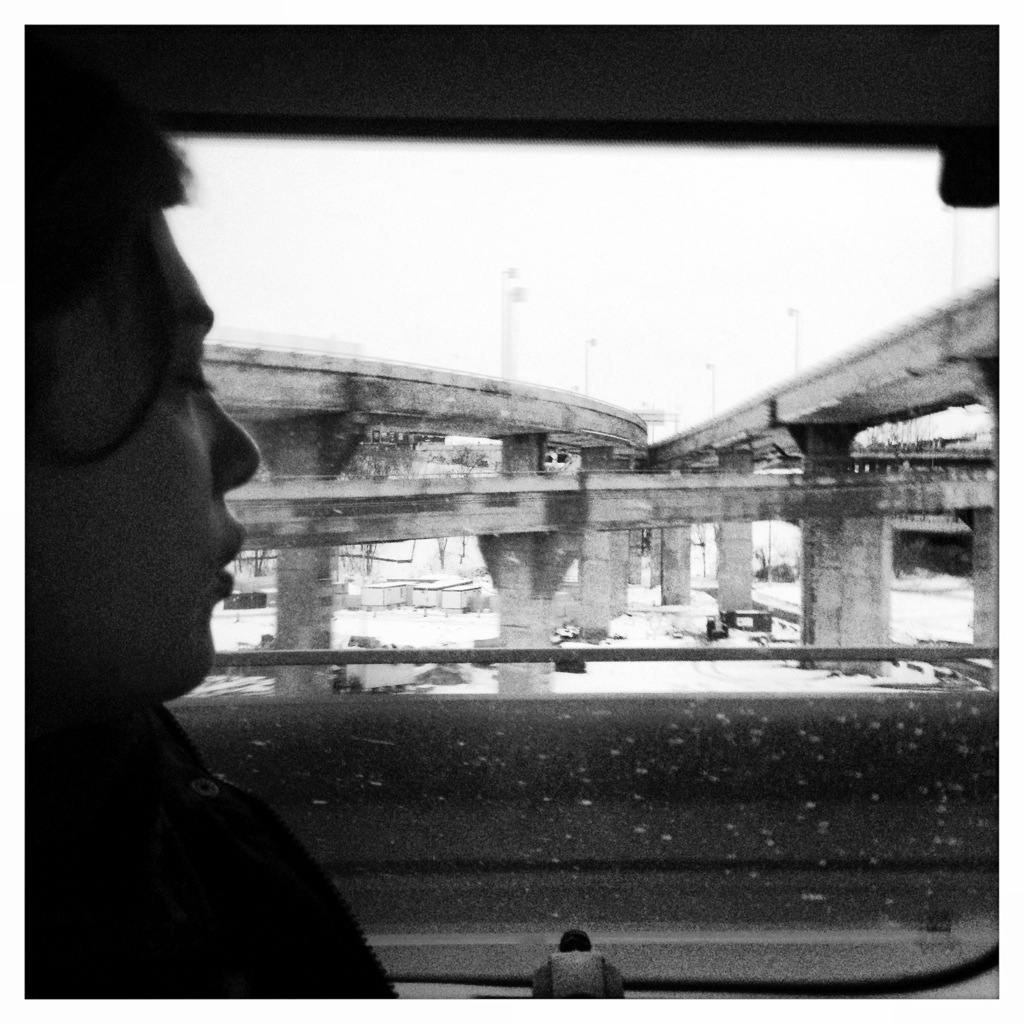