Moriarty on tour: « Fugitives » with Don Cavalli & Wayne Standley, Café de la Danse, Paris, June 9th 2014.
Landing in the familiar Bastille area, straight after a few days of touring the festivals. The great stone wall is still there, looming over us. We rehearse « Down In The Willow Garden » with Don Cavalli, and « Oklahoma Hills » with Wayne. The venue is sold-out, about three hundred people. Don Cavalli opens the show at 7:30pm, he plays with Vincent on bass and Emiko on drums; their sound is perfect, straightforward, loud, rough, animal. The heat rises. Feels like the Reunion Island. 40°C at least. humidity 99%. As we take the stage, opening up with Woody Guthrie’s « Buffalo Skinners », we can feel the sweat drip down our faces and splatter the ground. Rosemary is fierce tonight, she drives us with the tambourine, summoning us to repeat parts of the songs so we can push them higher. Wayne joins us midway to sing Woody Guthrie’s « Pretty Boy Floyd »; it feels like a lyrical climax as he utters in his hoarse and mellow timbre: « Through this world I’ve travelled, I’ve seen lots of funny men. Some rob you with a six-gun, others a fountain pen »… Ninety minutes later we’re soaking wet and exhausted. Guess the audience too. 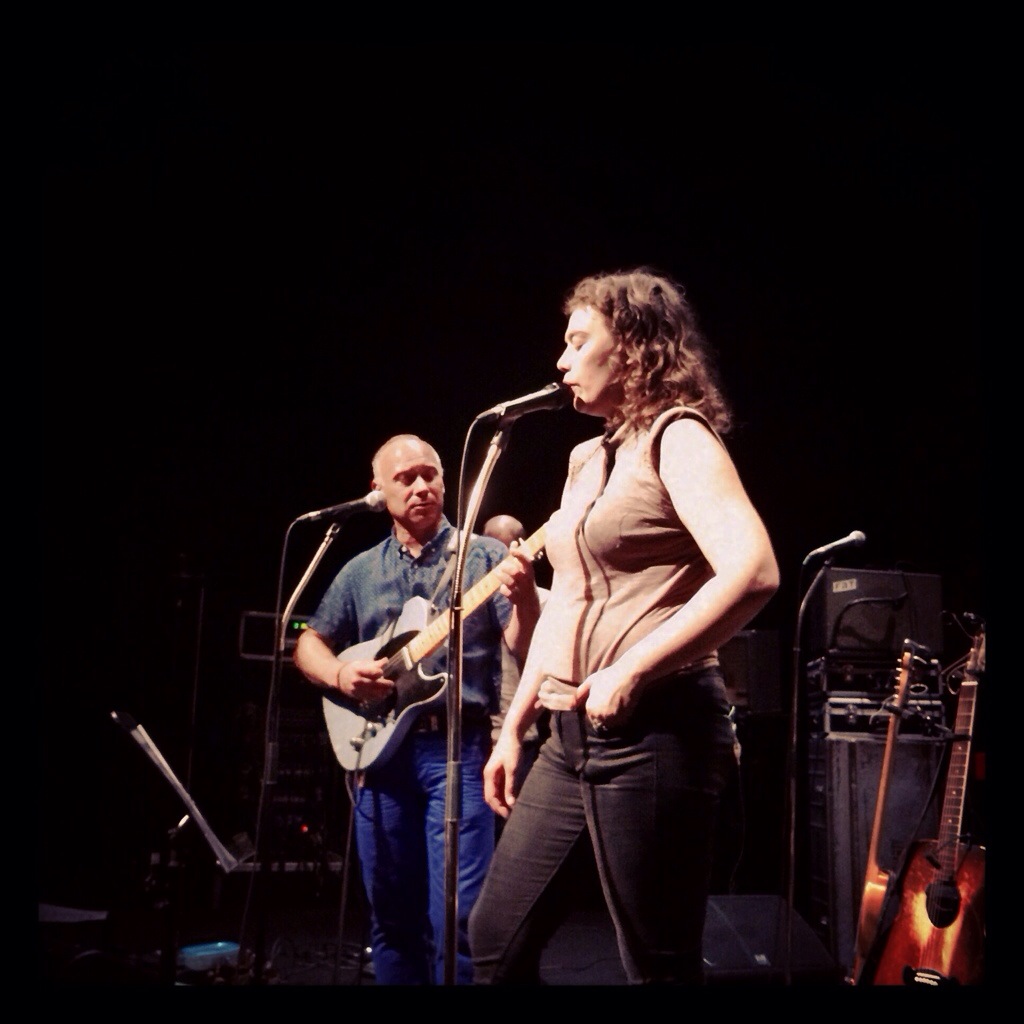 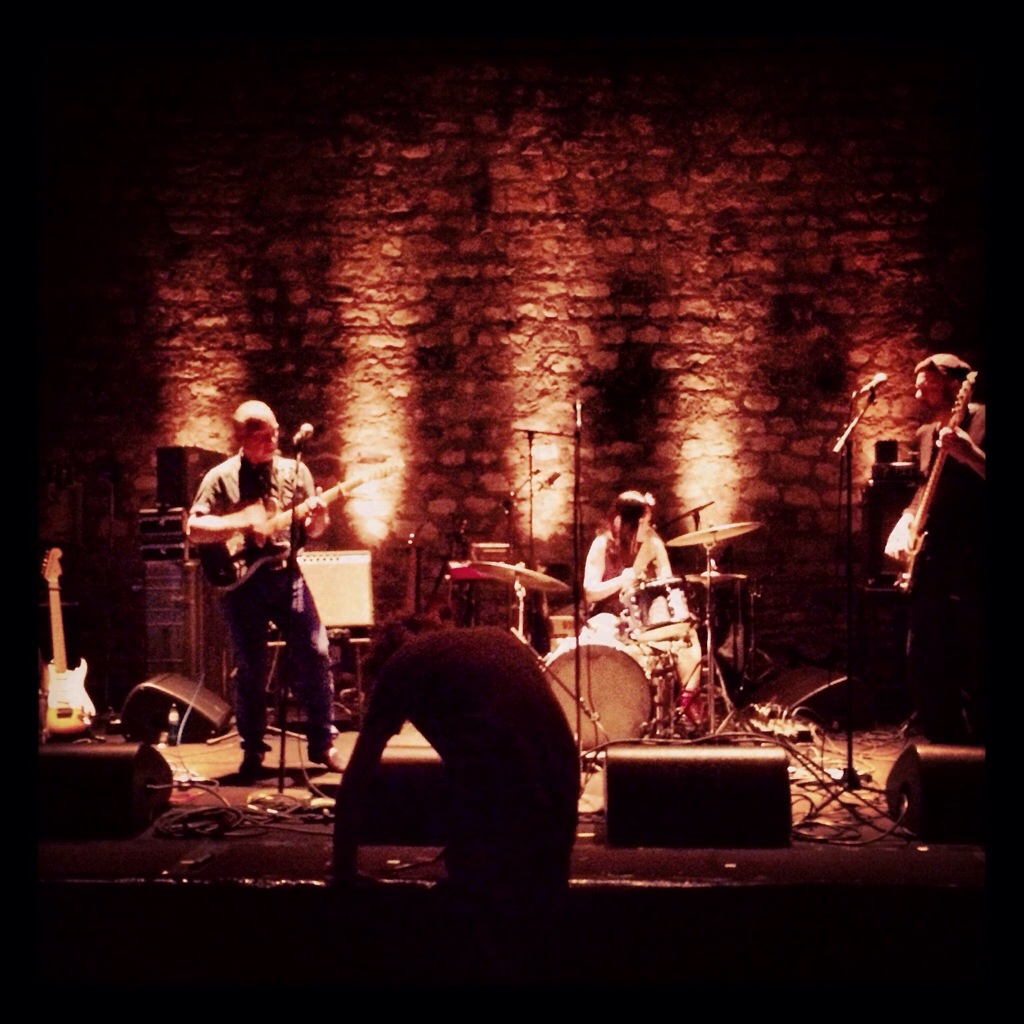 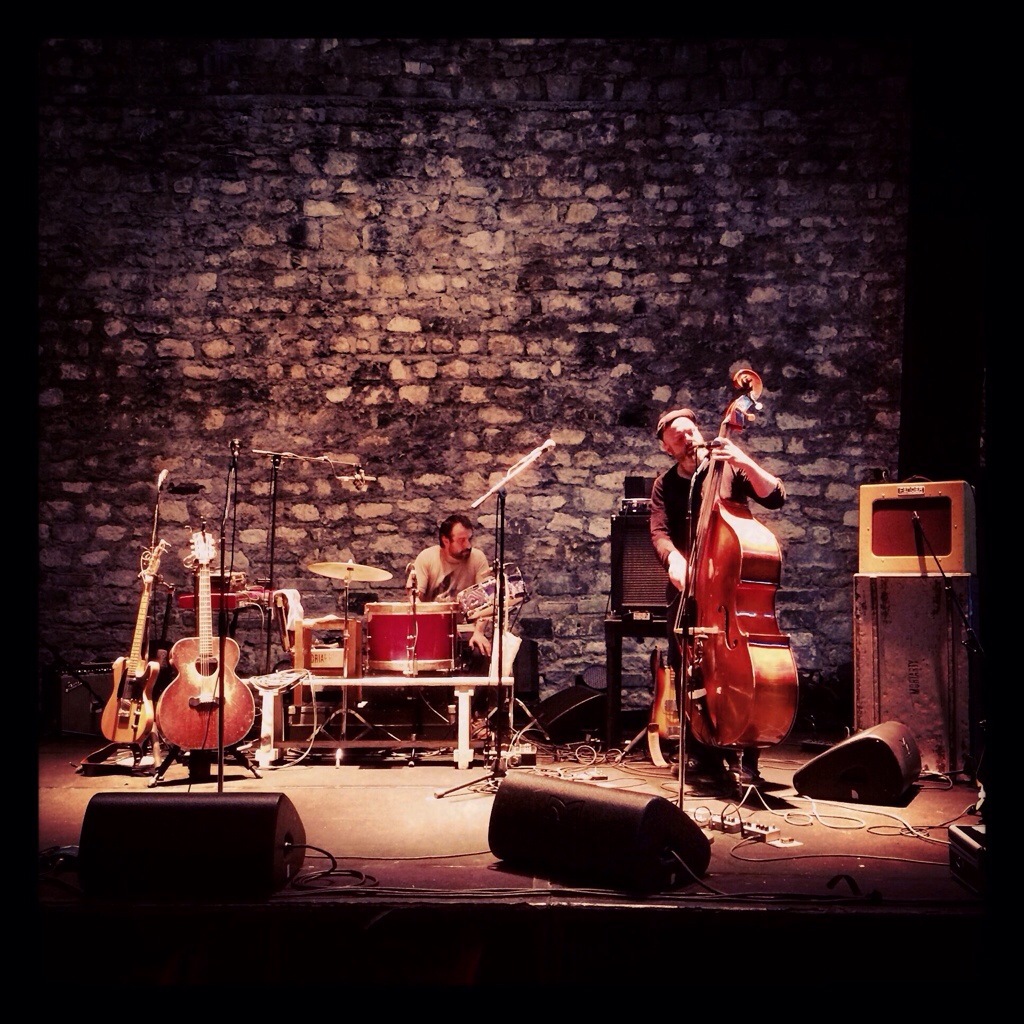 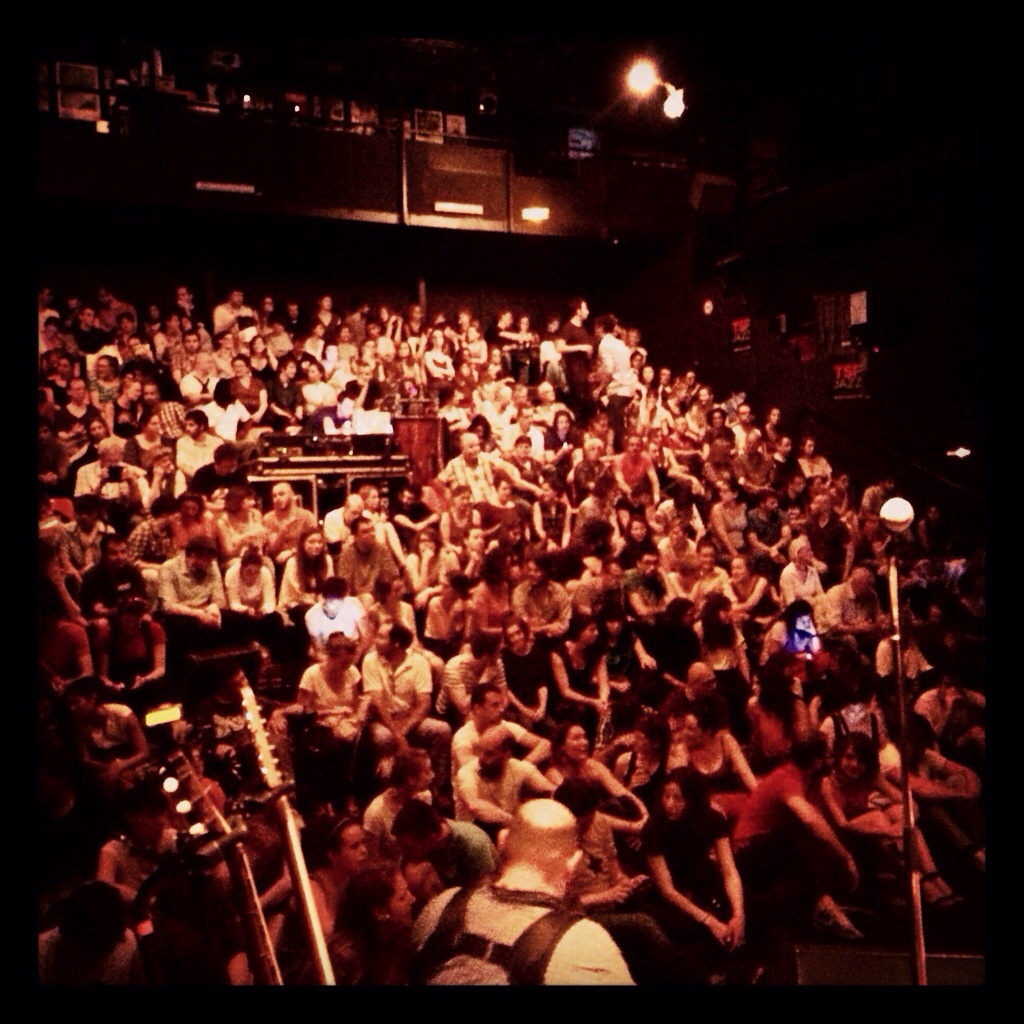 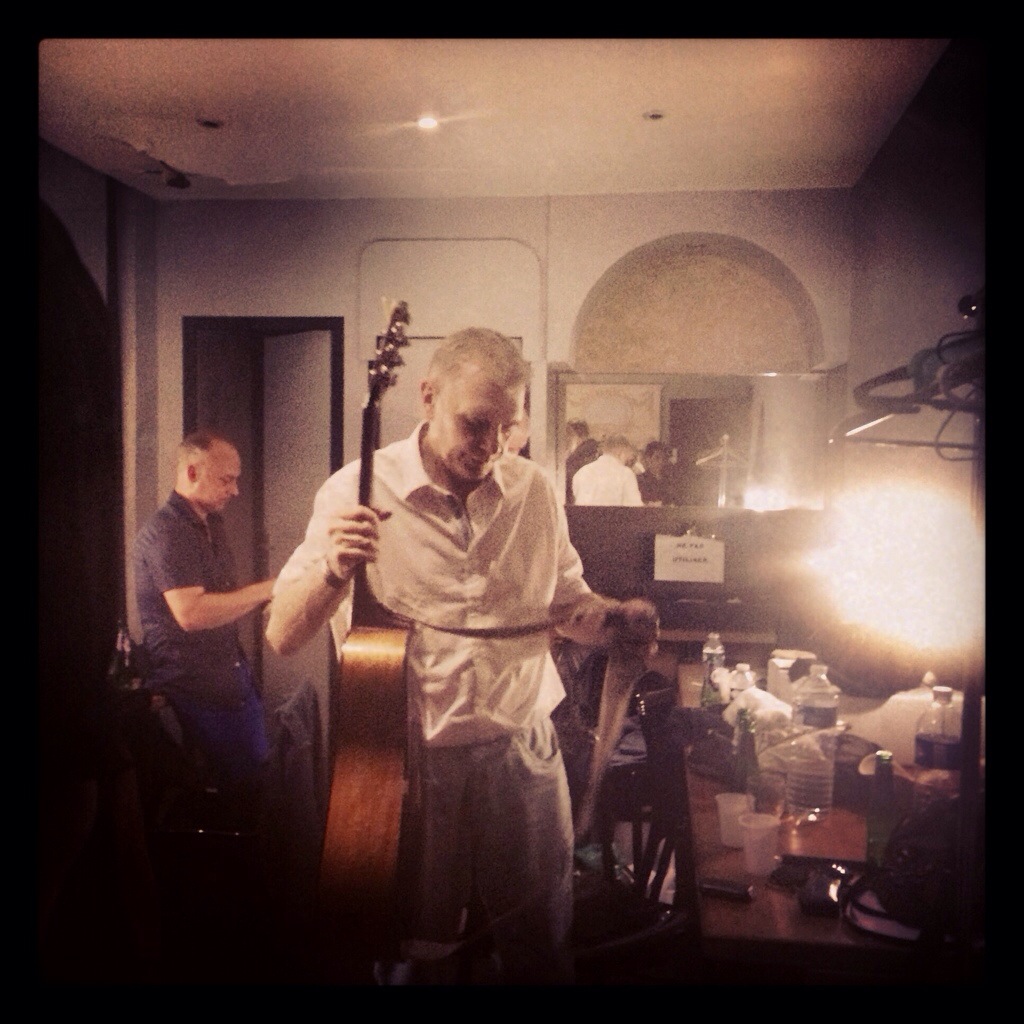