Arrival in Québec City, straight into the old town and its funny Christmas-carrollian atmosphere. We carry the instruments through the cold air, up the old stairs leading to the Théâtre du Petit-Champlain. The whole place has changed since last year. It’s now setup to look as the legendary cabaret du Ti’Père, walls covered with age-old pictures, Acadian flags and varnished maple-wood paraphernalia. The show is sold-out, and as the audience pours in, sitting at the tables with their faces faintly illuminated by candles, we are still gathered in the dressing-rooms, fixing details on new songs that still need some tuning up. It’s a bit of an experiment tonight and the whole band is nervous, for we have to perform without our lead-guitarist Charlie, and without a drummer. That means going back to the basics of a no-frills acoustic setup, the songs being played in their simplest, almost naked form, without the backbone of a percussion and without the ornaments of a lead guitar. It’s our first gig in that setup and it still feels fragile, our memory playing tricks on us and the muscles of our legs and arms aching from beating the rhythm on tambourines and stomping the stage for an hour. It feels like going back to our first gigs as an opening band, seven years ago: a physical experience, pushing the stamina to its limits. The songs are a mix of old numbers that we have slightly rearranged for the acoustic setup – Private Lily, Cottonflower, Jimmy, I Will Do, Isabella…- and excerpts from our latest album Fugitives. But we decide to end the show with three new songs, just written over the past months: When I Ride, Long Live the (D)evil and Diamonds… It’s the first time we perform them in front of an audience, and it’s frightening and thrilling. Or as the québecois would say, “c’est thrillant”. 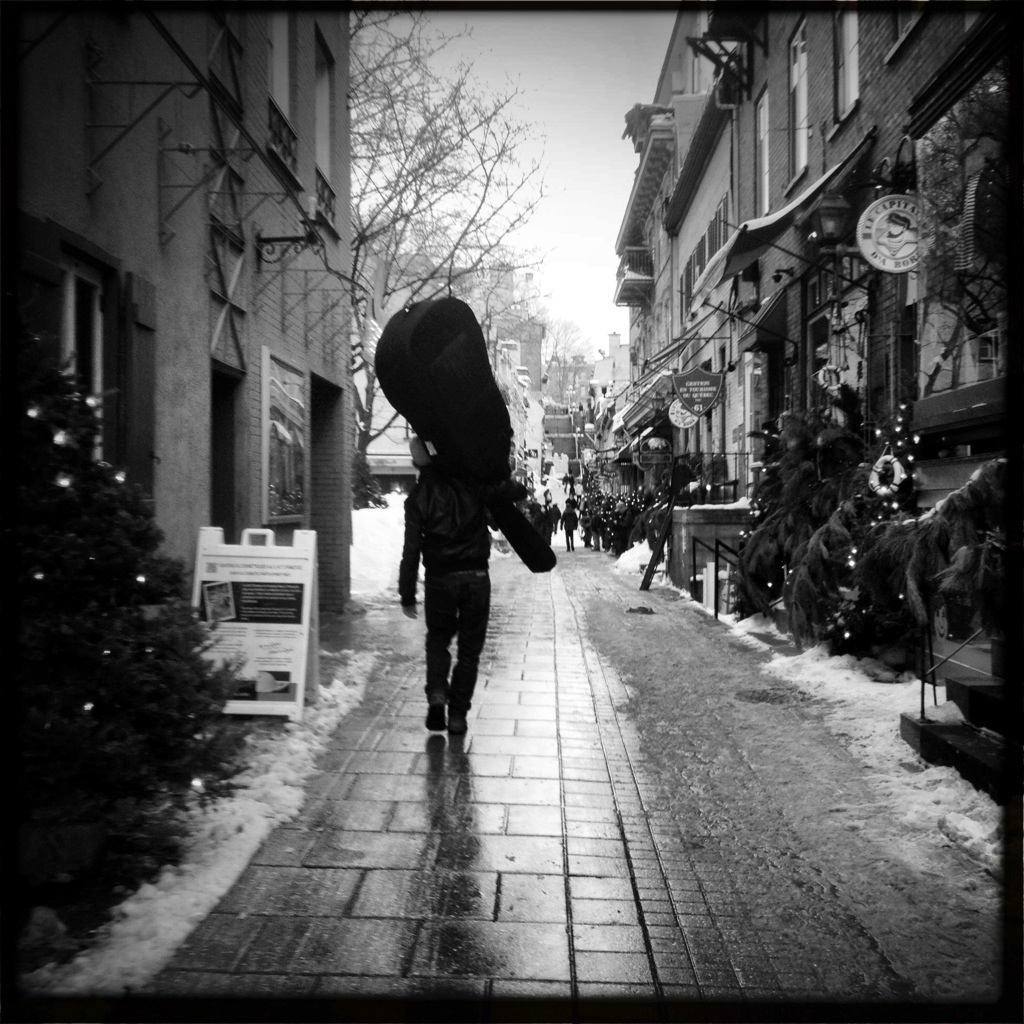 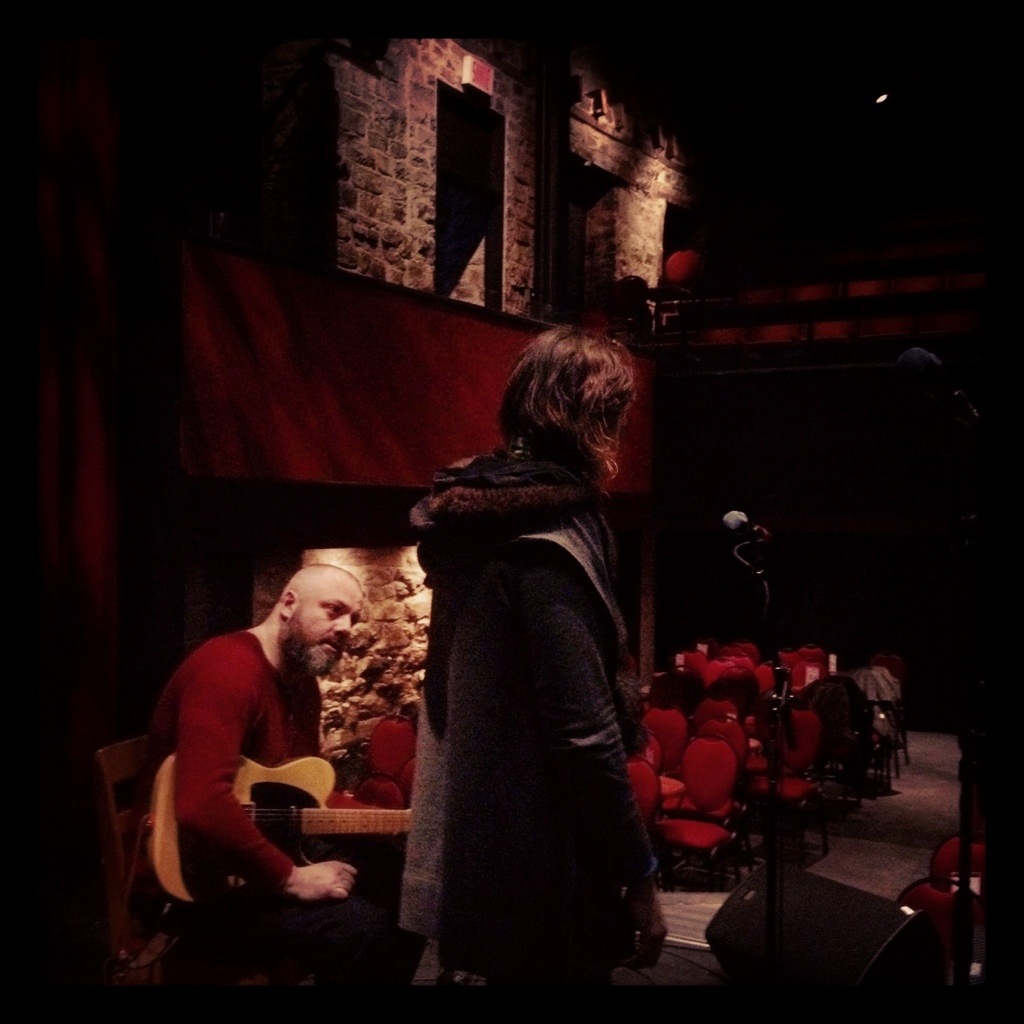 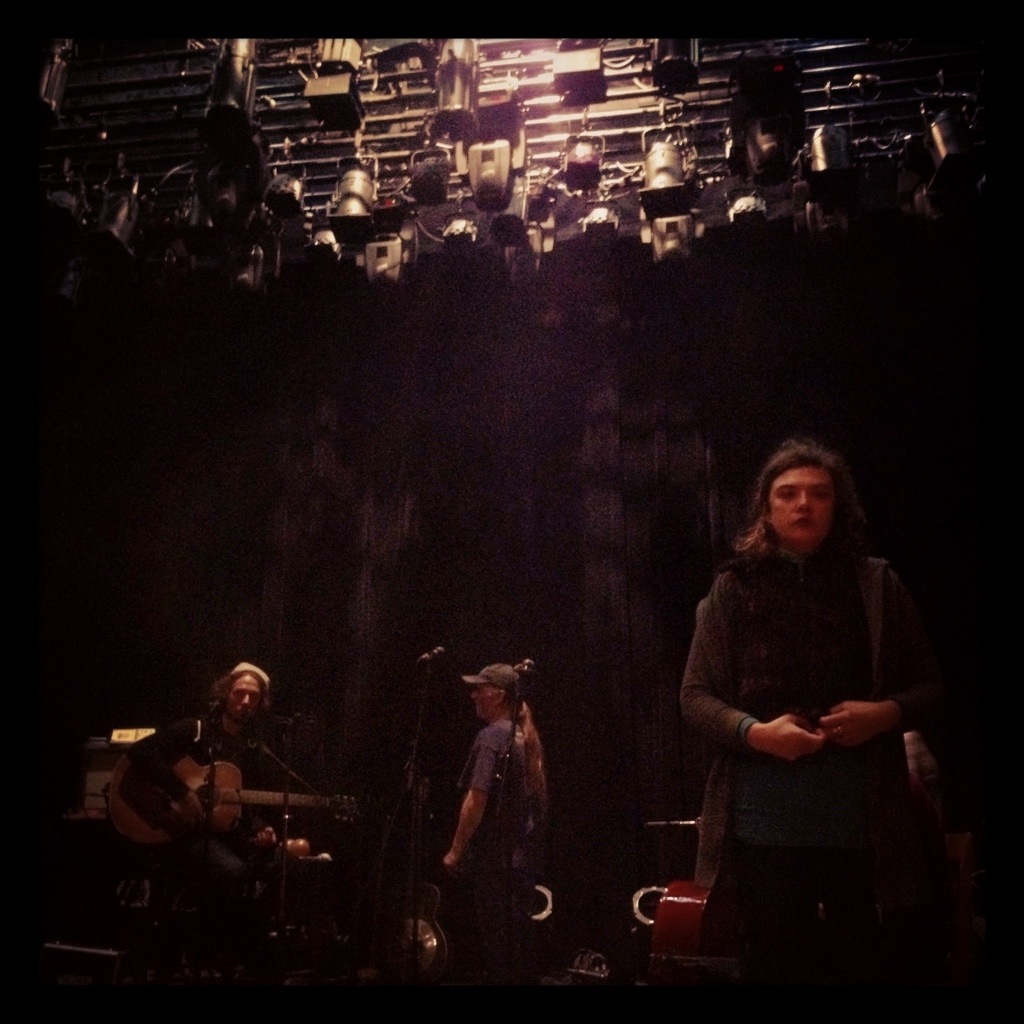 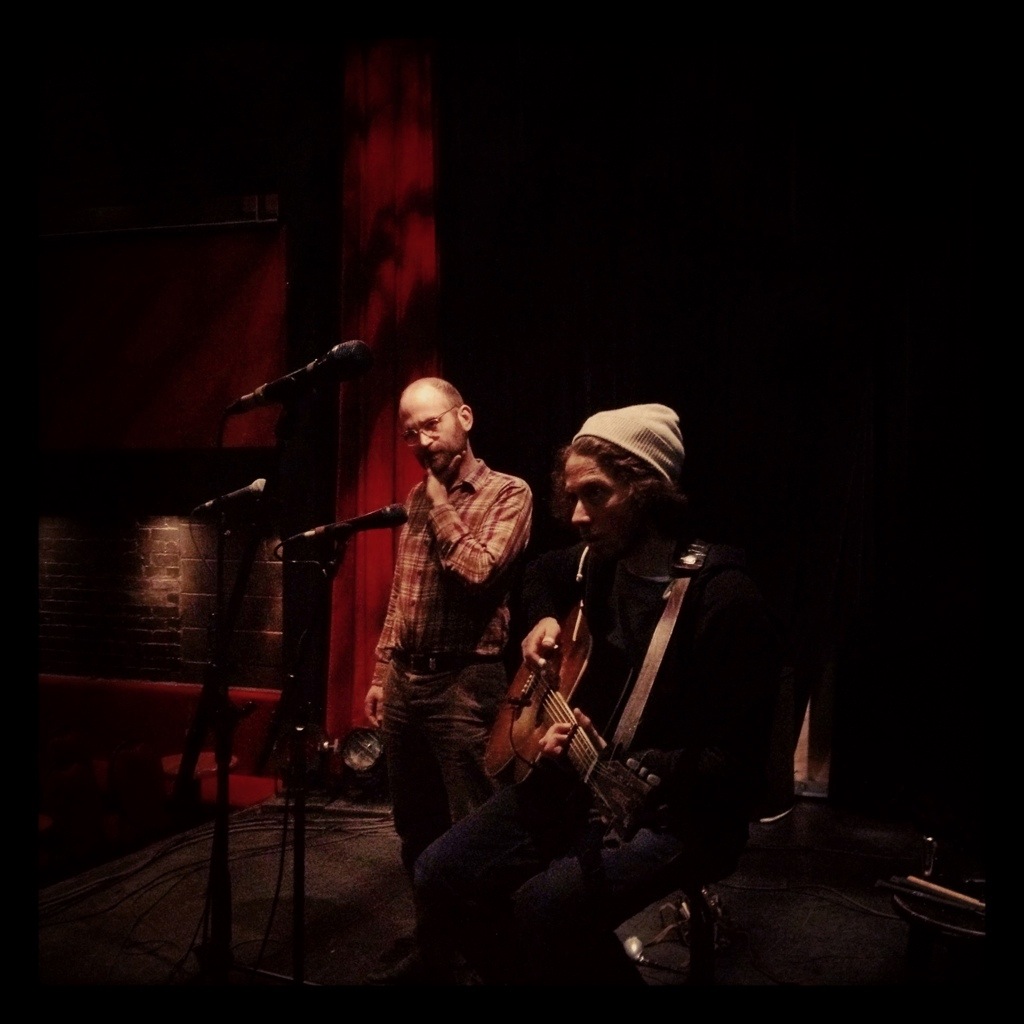