Took a drive around the island to reach the foot of the volcano, where the lava flowed straight into the sea a few years ago, expanding the island’s surface and boiling abyssal fish out of the water. Rambling down the frozen flow we stumbled upon a hole in the ground, opening onto a huge cave-like cavity, created by gases trapped beneath the lava crust. We heard the story of a man who wanted to photograph the eruption from up close, walked on the crust thinking it was solid, and fell through its thin surface into such a gas bubble. He got slowly burnt away, digested by the volcano. At the edge of the sea it’s a black lunar shore with collapsed cliffs like a dam against which the mighty Indian Ocean crashes relentlessly, spraying foam and surf into great white plumes full of tiny unknown animals – crossbreeds between fish and tadpoles – who writhe and leap and bounce, struggling to return into their liquid abode. Maybe this is what the moons of Jupiter look like, with their stormy grey seas made of liquid methane. Arthur sat at the very edge of the cliffs and titanic waves attempted to take him away. Tom laid down and mutated into « vulcanor », a semi-human creature feeding on volcanic sand. We escaped. 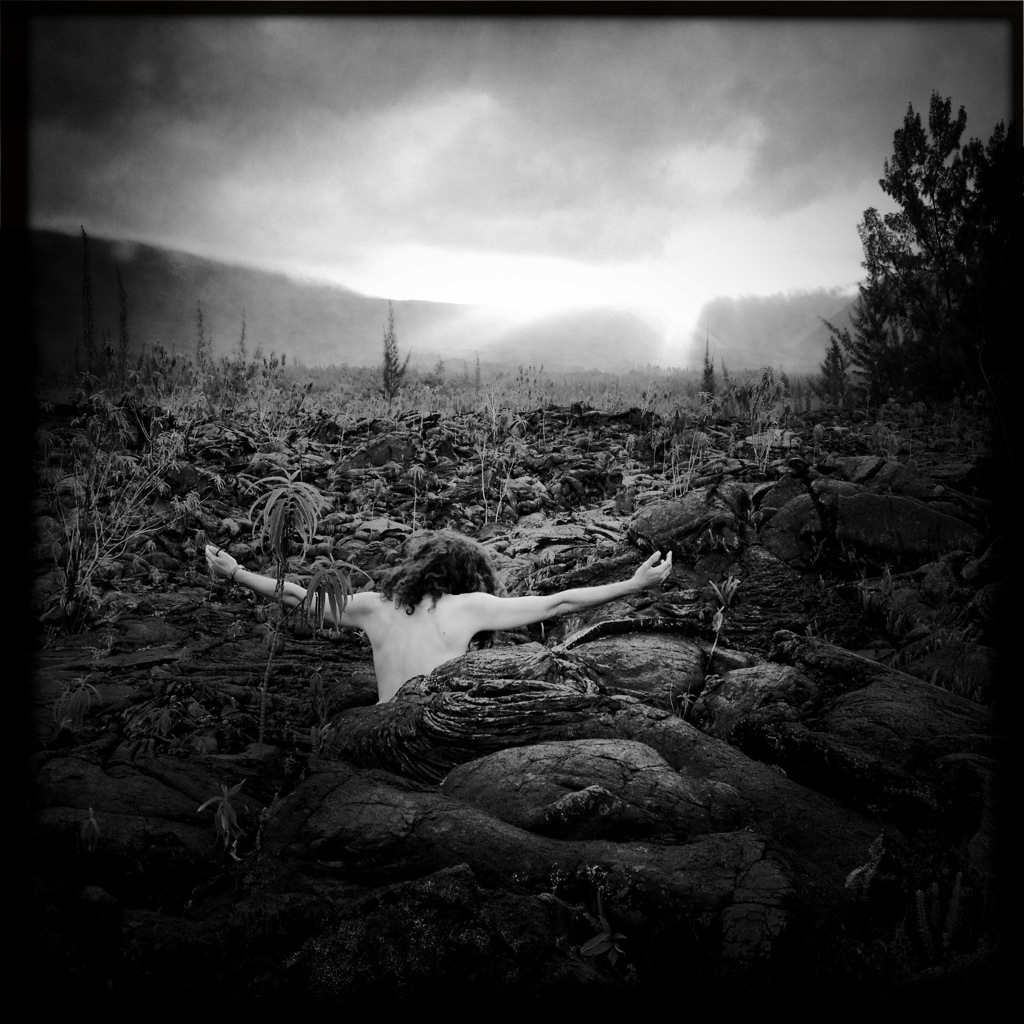 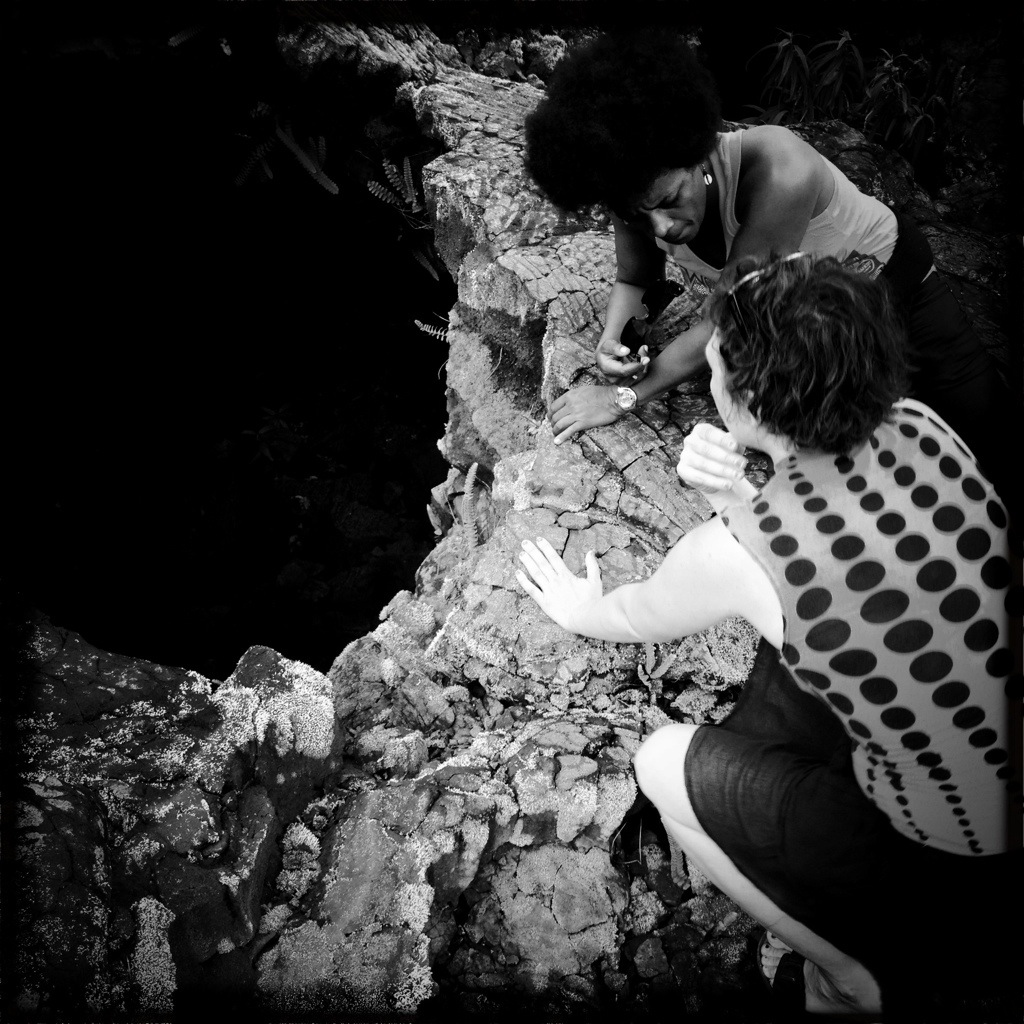 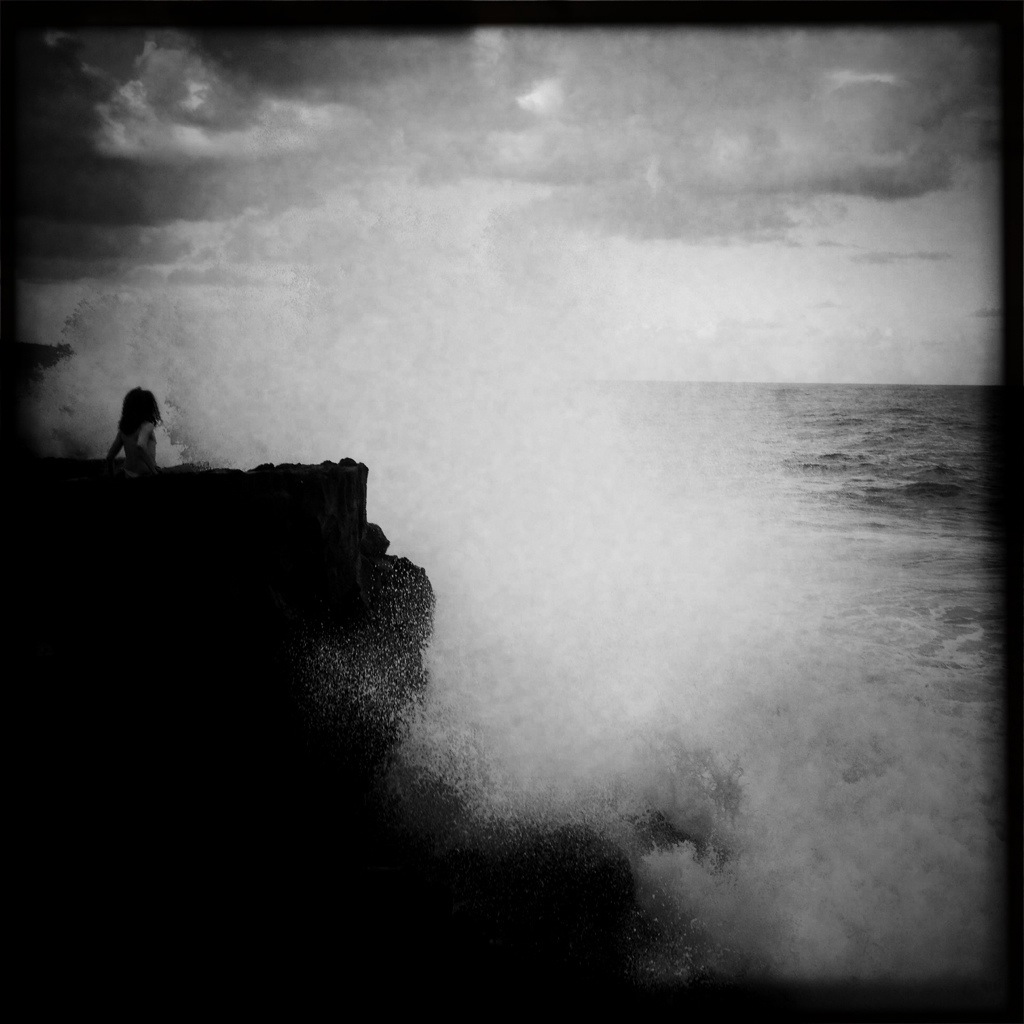 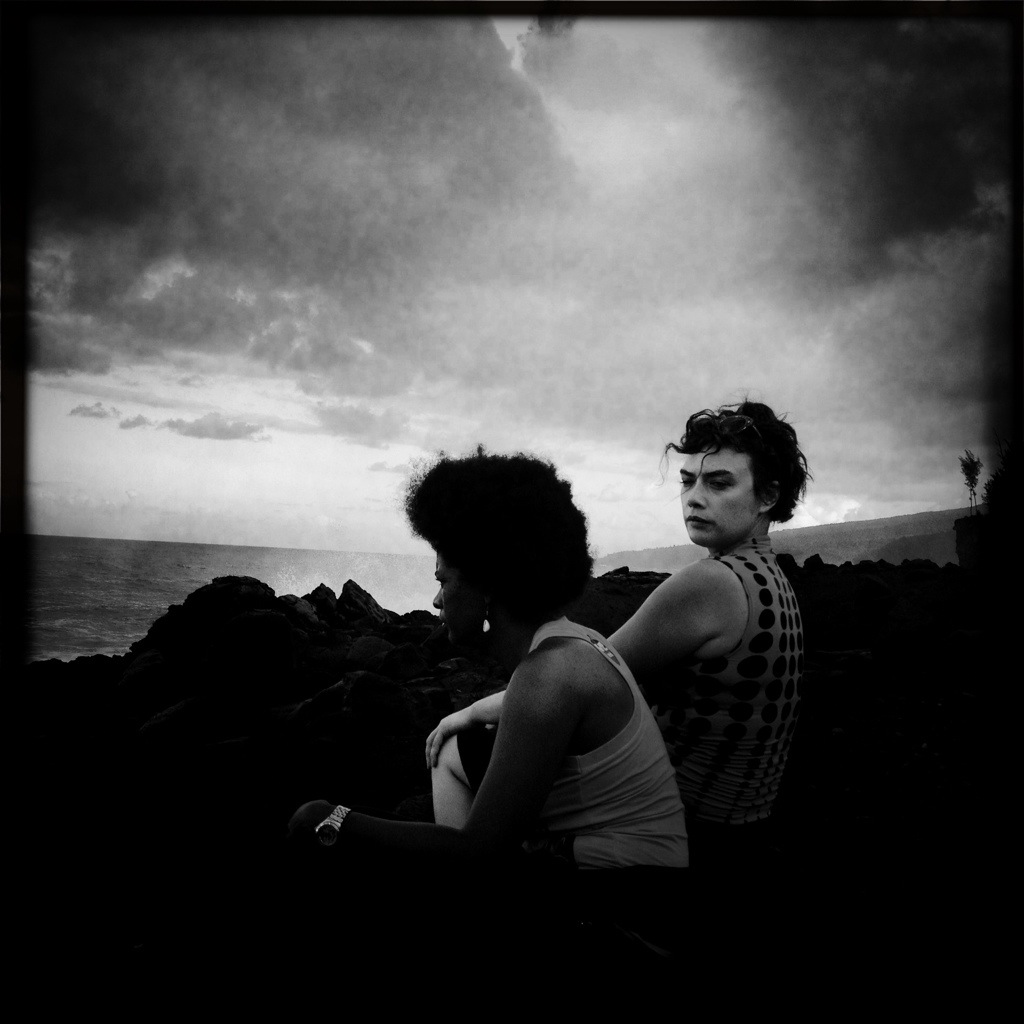