Smalltown, former industrial harbour, slightly decayed. A cargo ship seems to be parked in the middle of the houses, her rusty hull dwarfing all other buildings in town. A sturdy female sheriff in mirrored ray-bans welcomes us into town: the center – basically, three streets whose perspectives are blocked by concrete silos – is turned into a pedestrian zone for the festival, which bears the name of THE local culinary wonder: la Gibelotte, a soup made with local fish. Families wander around. A father and his sons exchange drum solos in front of a pawnshop full of microphones, guitars and other rarities. On a stage at the corner of a street, a man in shorts and running shoes plays chansons québécoises with a guitar and a drum machine. An old man in a trance sings along. The sun sets and bathes the whole scene in golden american light. At 7pm we play in a saloon, dark and deep, with a small wooden stage tucked in a corner. The audience is sitting on wooden chairs, sipping beers. Nobody seems to know us here, they just listen and cheer. As we head back to Montreal we see the titanic steel mills, belonging to the ominous Rio Tinto empire, spout their pink flames in the dark night. 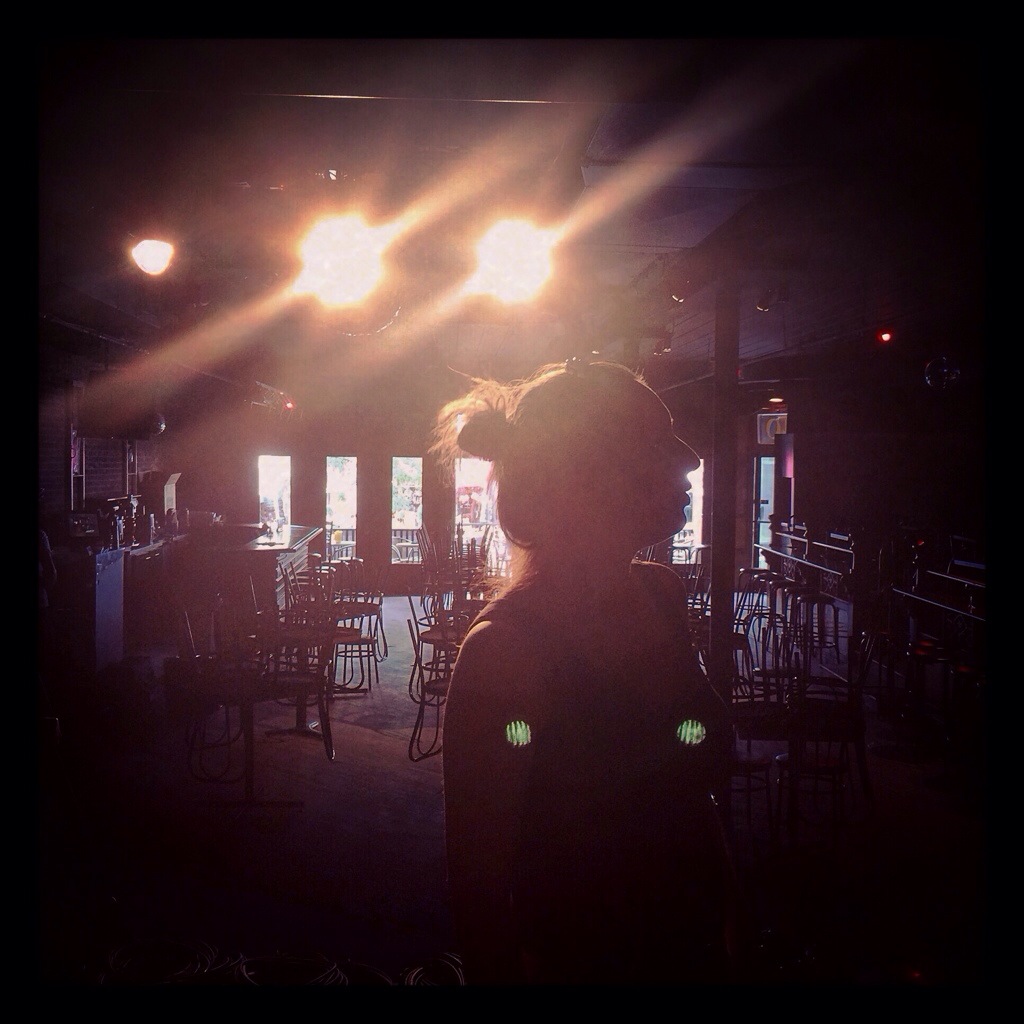 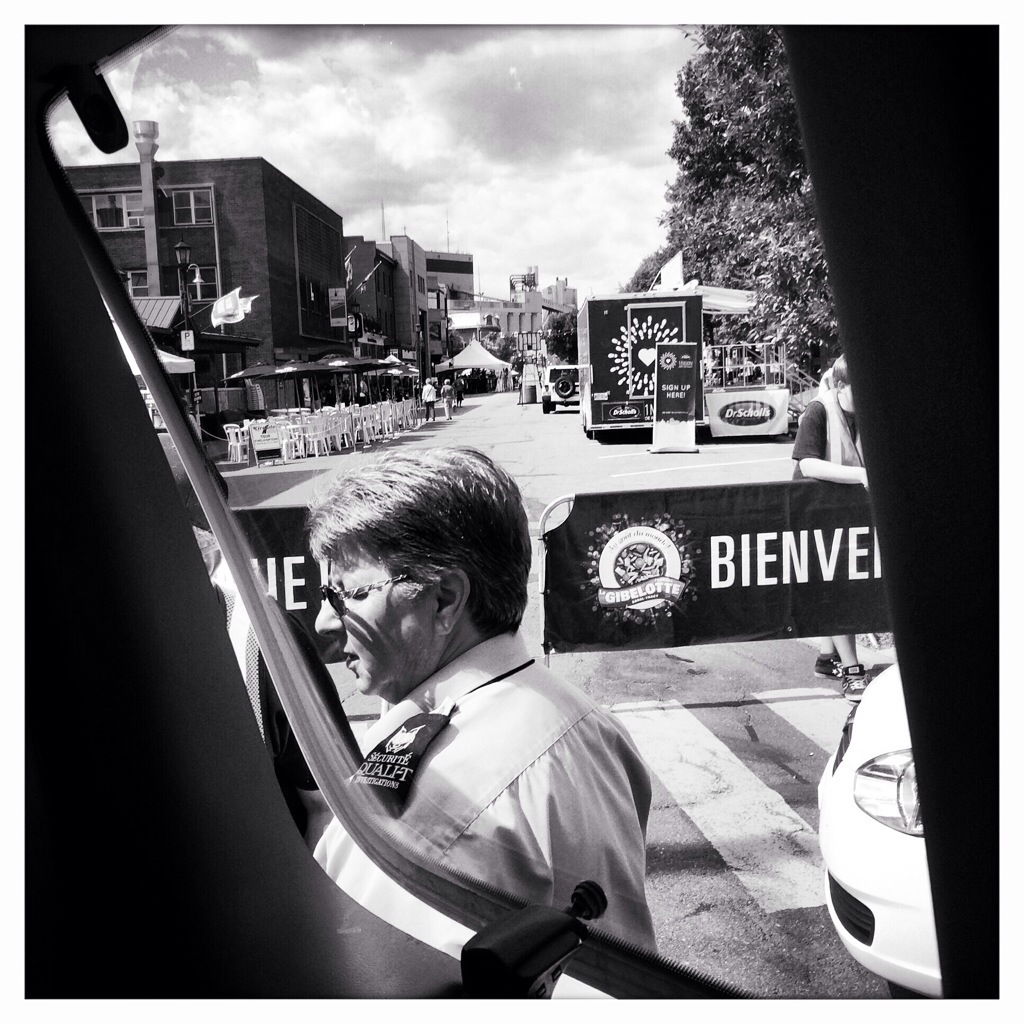 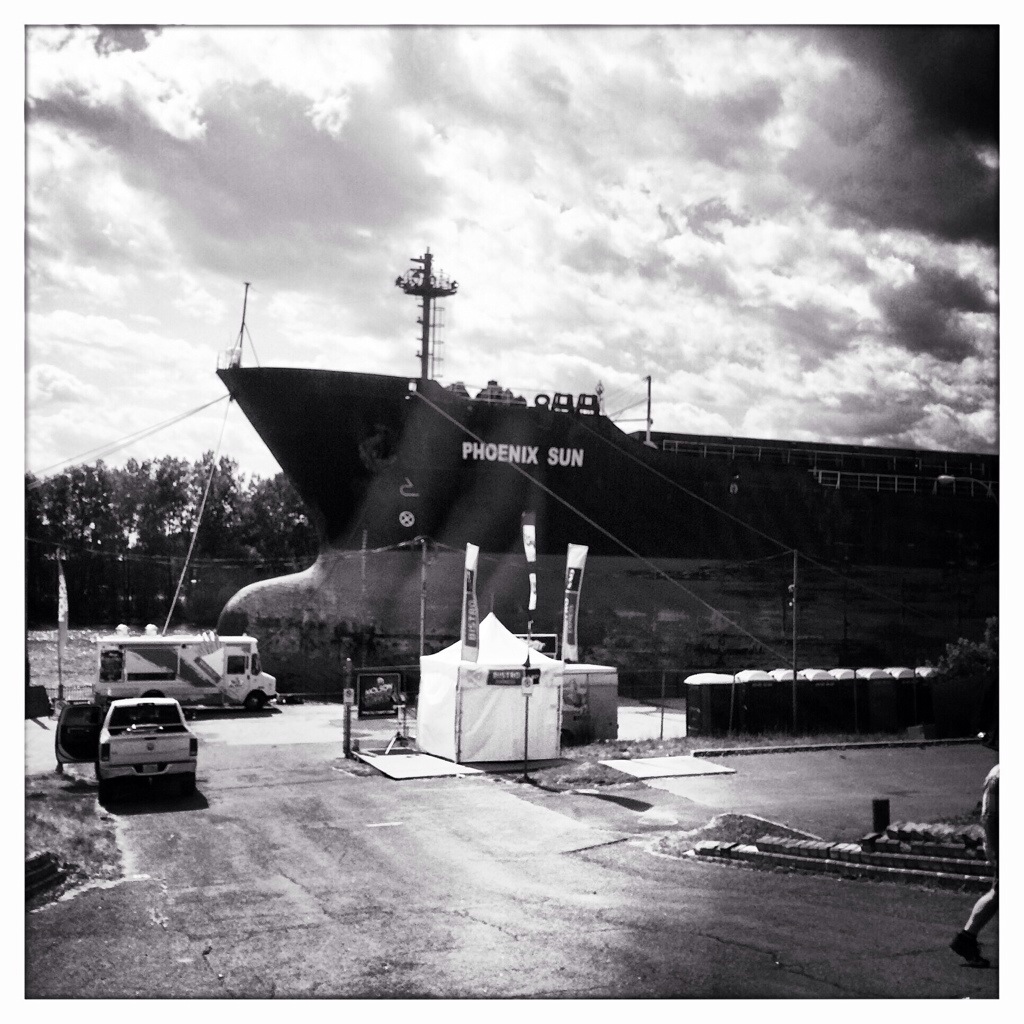 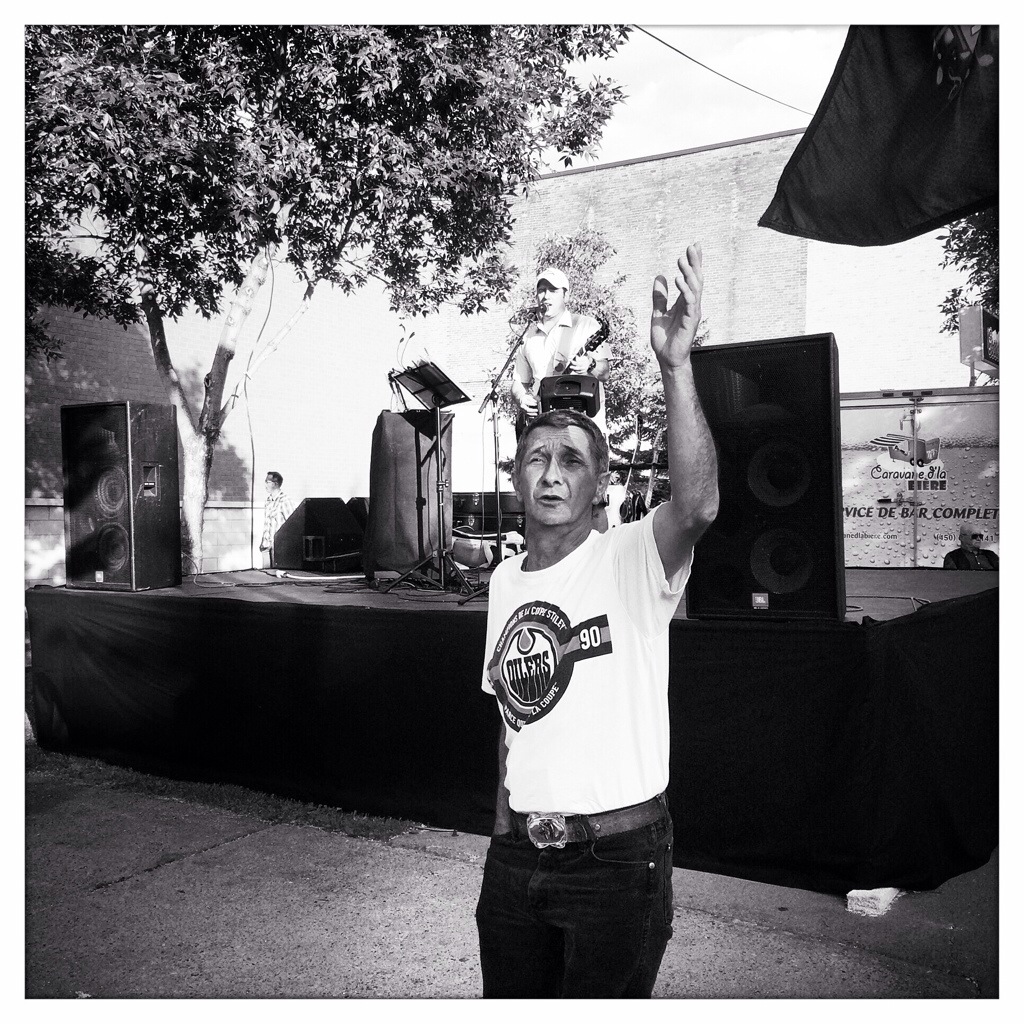 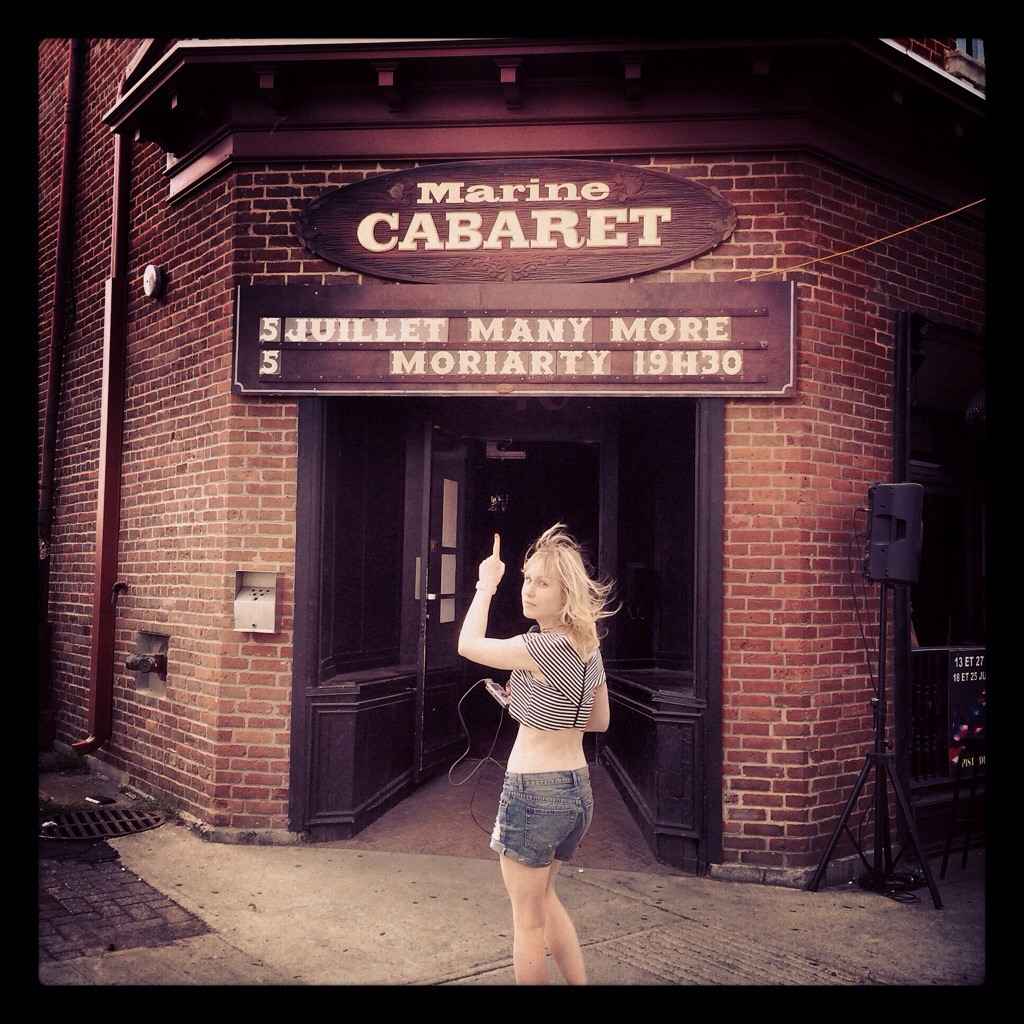 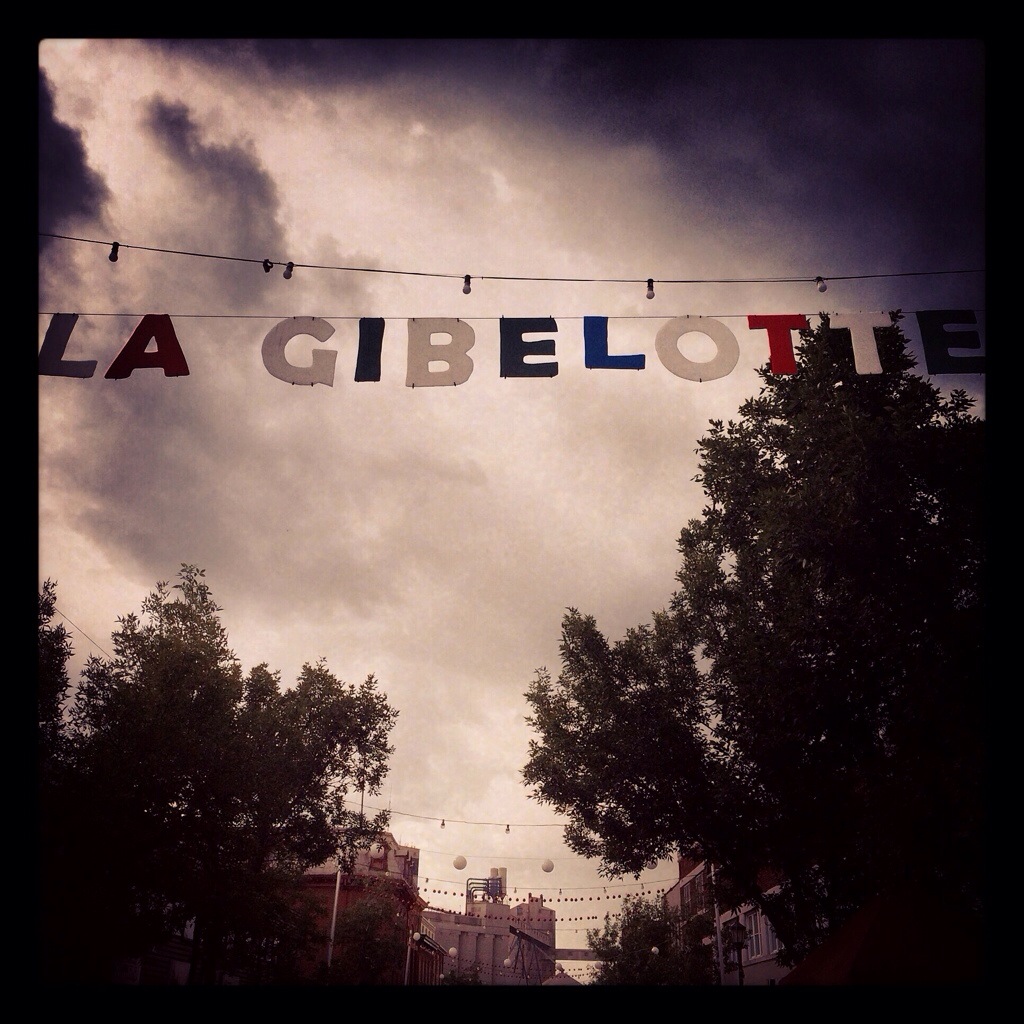