4:30am : sunrise over Quebec city, amidst plumes of smoke giant spiders hover in their webs above the sleepy acadians. Later we hop on a bus with all our messy gear to reach rue Saint-Joseph for our concert au Cercle. White-haired bony-cheeked drifters watch from their bench as youths line up along the sidewalk to enter the club.
The venue is filled up and warm, some watch the show from the balcony, others from behind the stage. We tell them we’ll be back in November, pack up our stuff, and pretty soon rush to the airport to catch a flight to France for a festival near Laval 18 hours later. 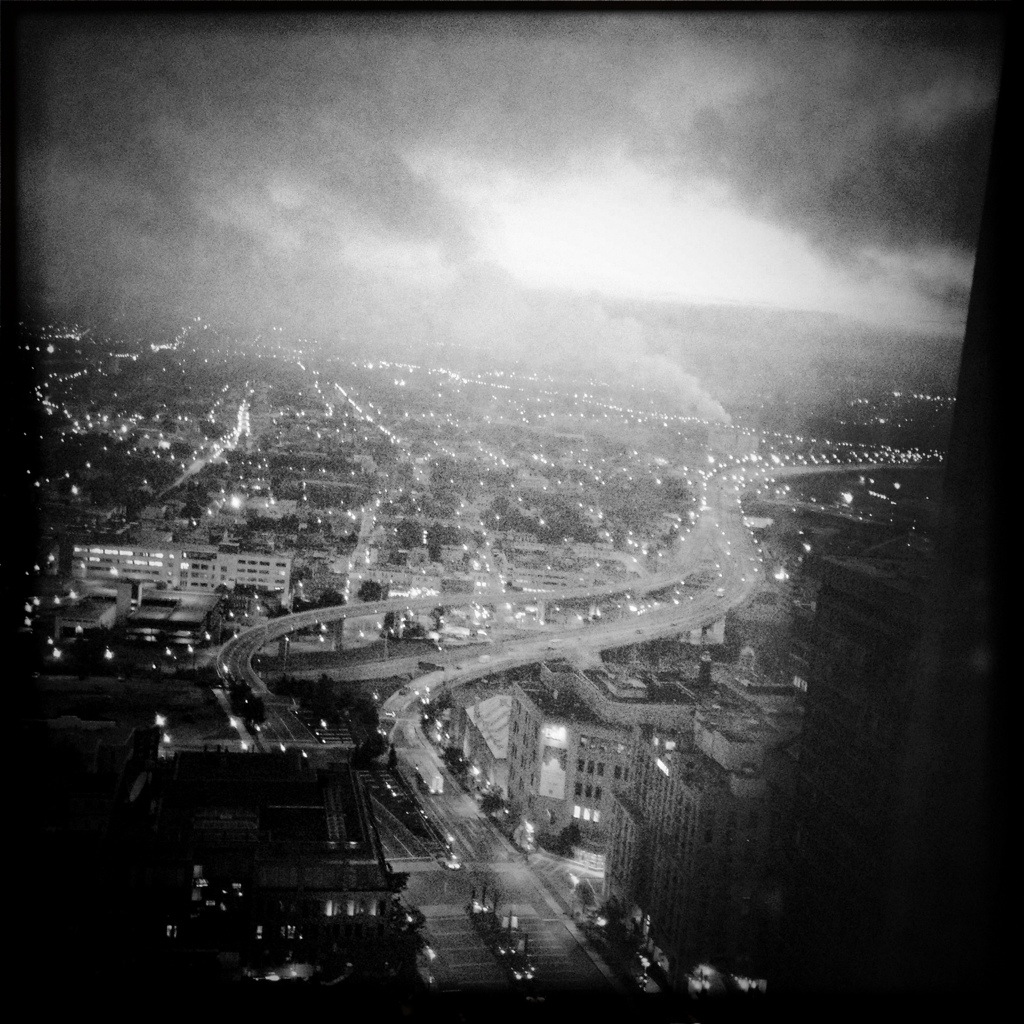 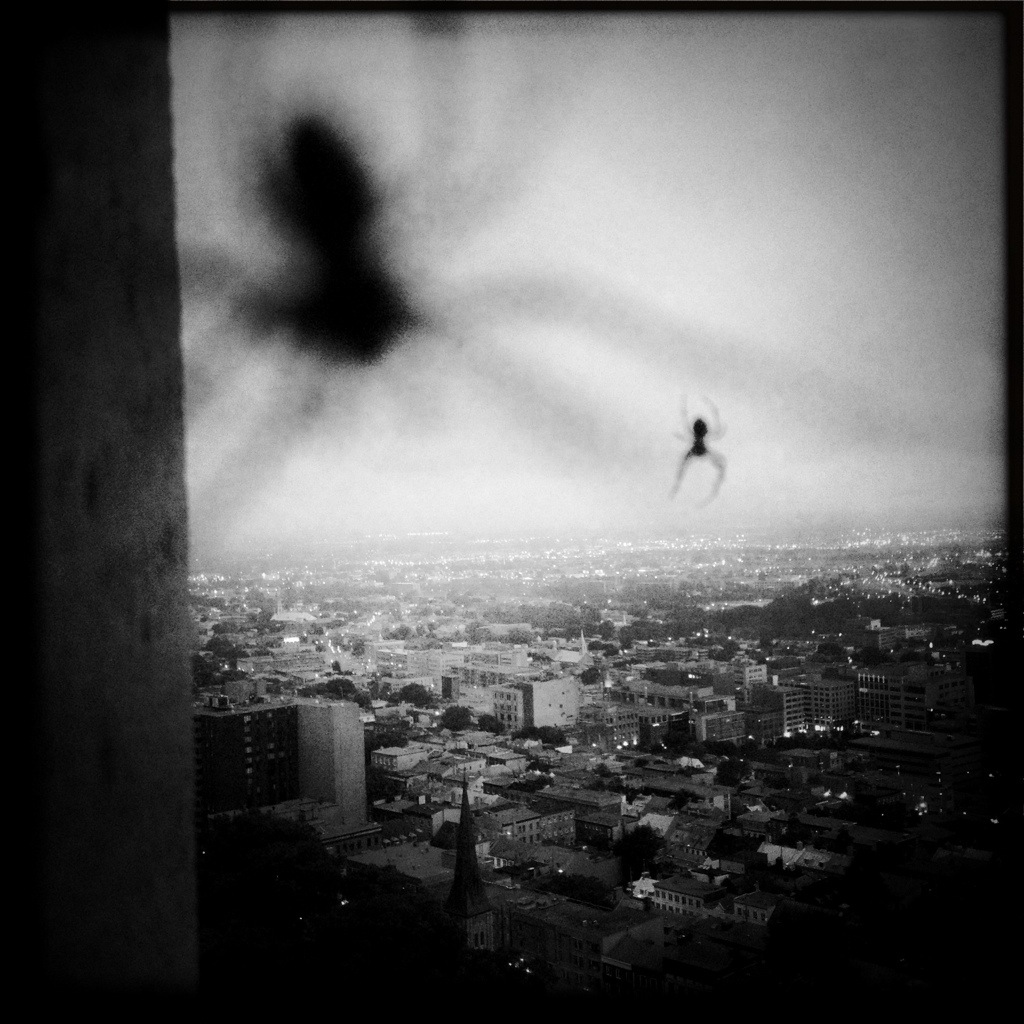 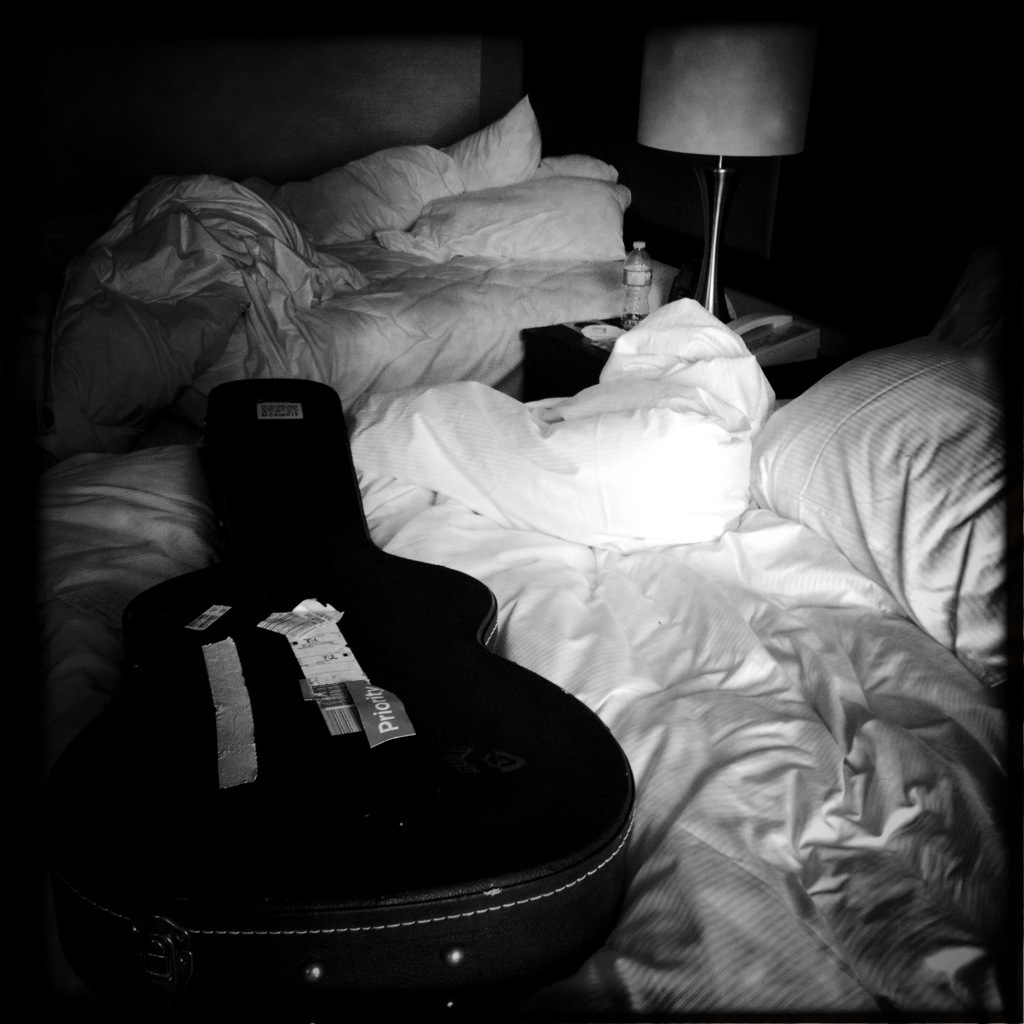 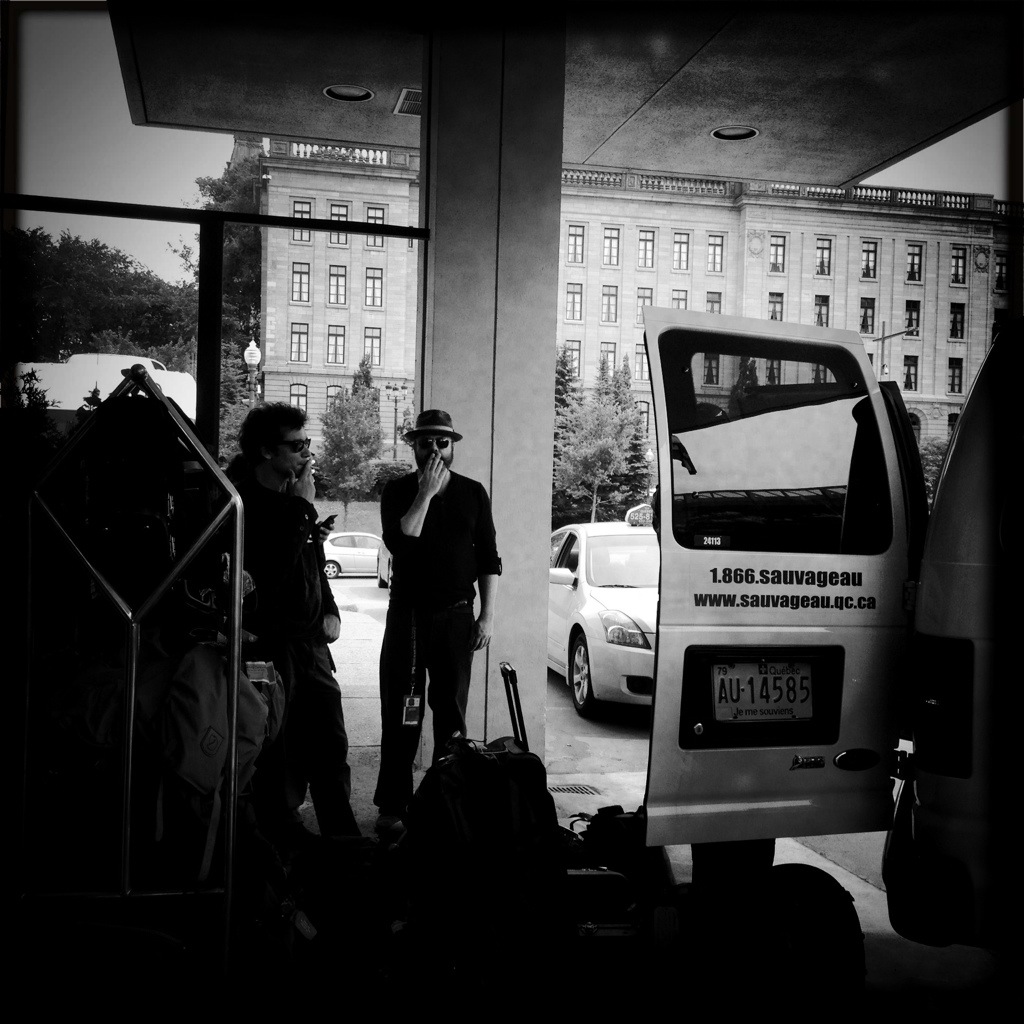