Clear-cut cold morning, -17 degrees celsius, -30 with the wind. Even the ink inside the ballpoint pen freezes and makes it impossible to draw or write outside. This morning we perform an acoustic version of Isabella on radio CHYZ’s Hexagone programme, somewhere underneath the Université de Laval. Then a mad cab races through the slushy streets of Québec to reach radio CKRL for an in-depth interview about blues, folk, appalachian music, with Denys Lelièvre. As we wait for another cab, hugging a cup of warm
coffee at the corner of 3e Avenue/ 4e Rue, the winter sun shines on the quietly beautiful neighborhood, slowly melting the snow. We drive past the ever-smoking factories on the northern side of the harbour, heading for Vieux Québec. Le Théâtre du Petit Champlain is an old, old stone building built in the XVIIth century, tucked at the foot of the cliffs, overlooked by the citadel. The owner of the place – a man named Ulric – tells us that Molière’s Tartuffe was played here for the first time on the American continent, in 1697. We try to imagine the french troupe of comedians on tour at that time, sailing across the Atlantic, rehearsing on their ship. Our show tonight is short but quite intense, only forty minutes with a lot of acoustic songs; the room sounds good, its small balcony making for an intimate relationship with the sitting audience.
Charlie jumps into the crowd, dancing and kicking his feet up, Rosemary uses a flashlight in the dark to point at the audience and ask « who wants another candy-cane kisser? ».
An hour later we’re back into the freezing streets looking for a place to eat in a city that sleeps too early. 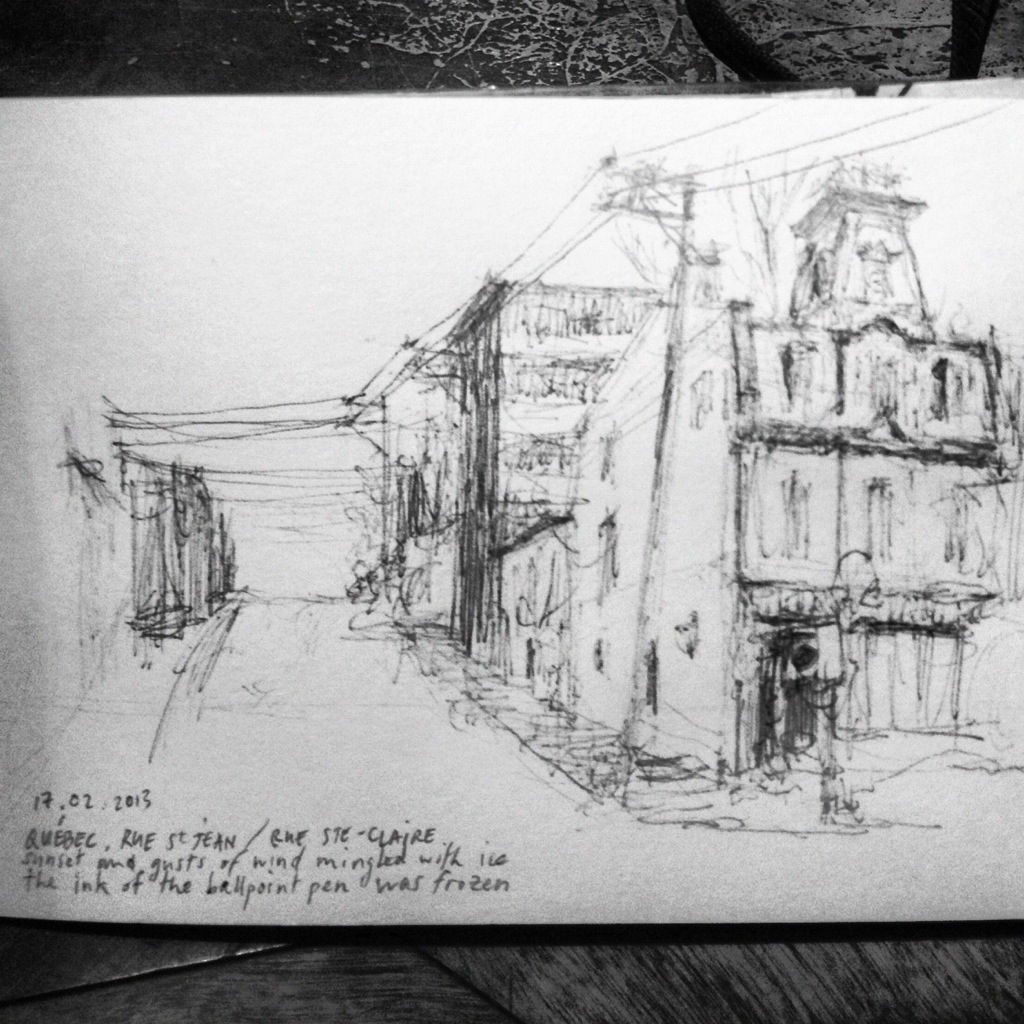 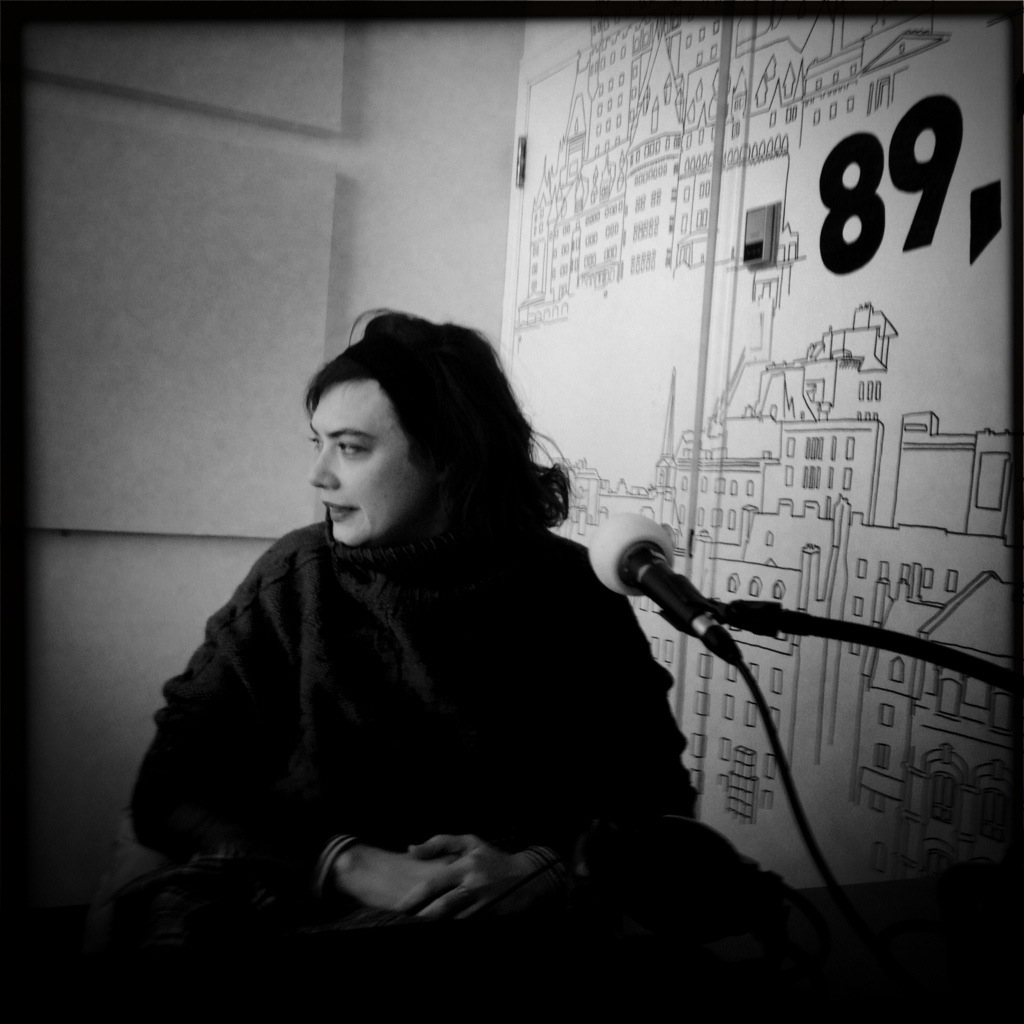 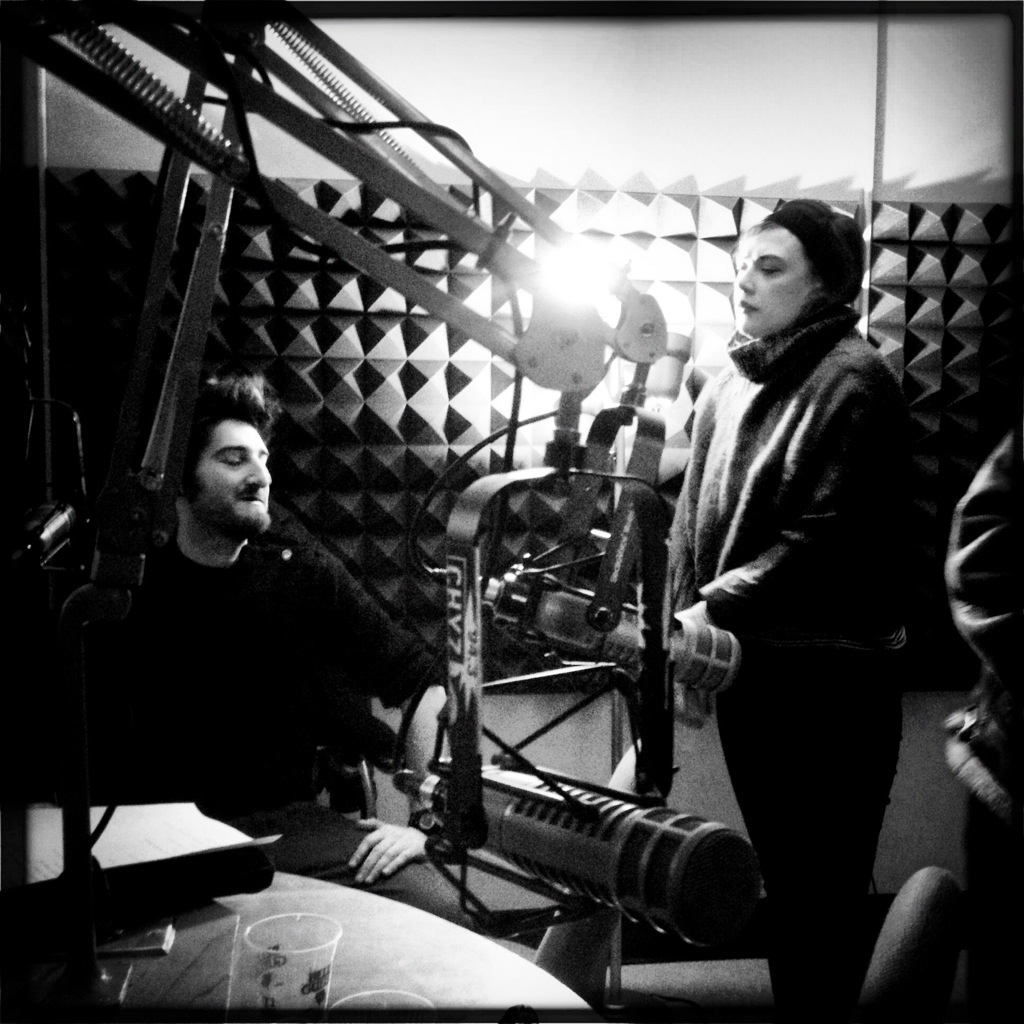 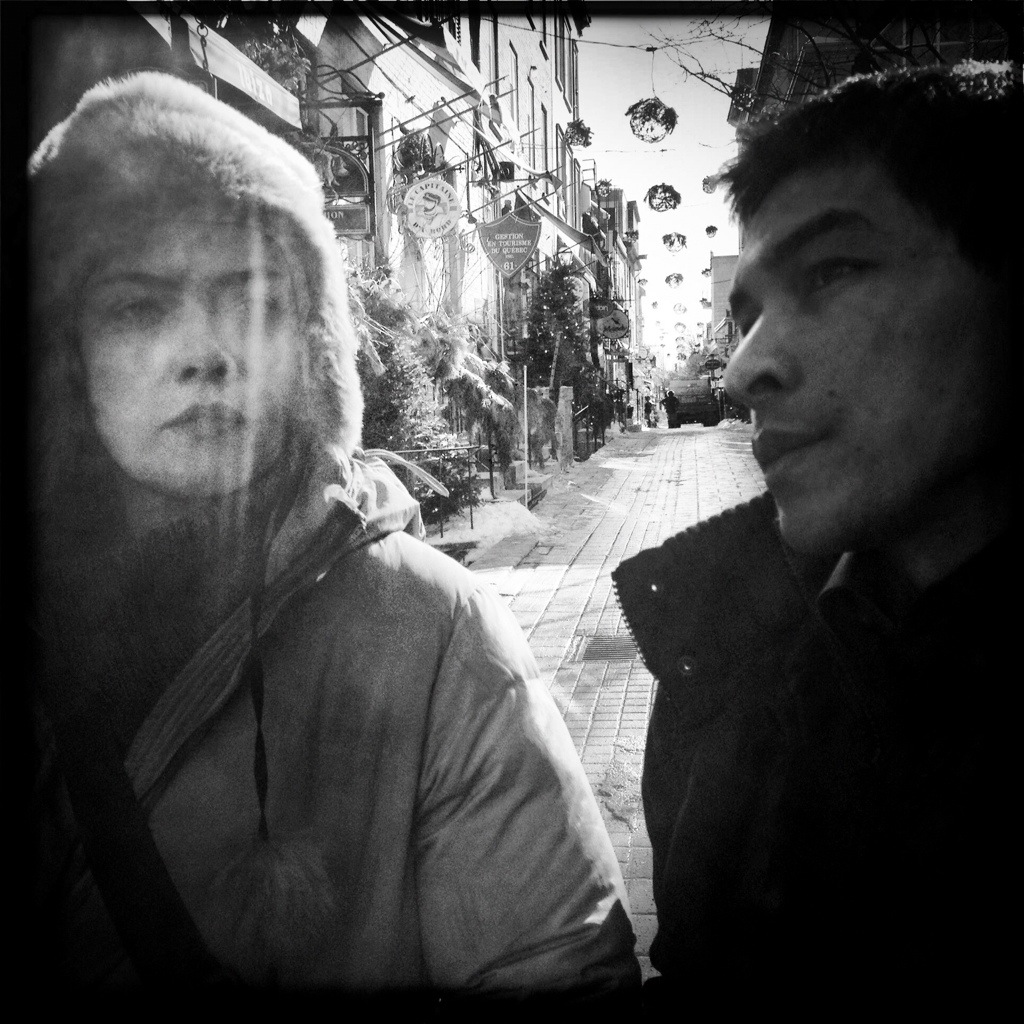 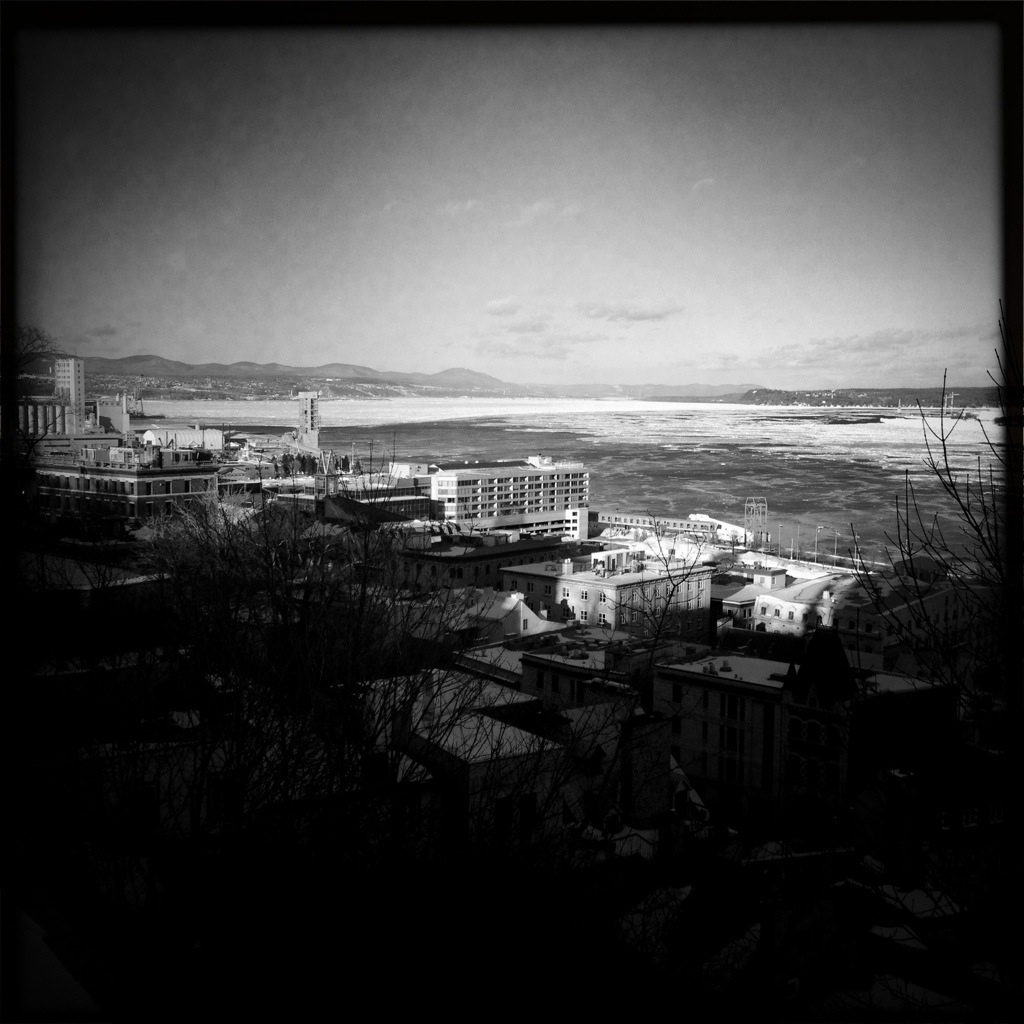 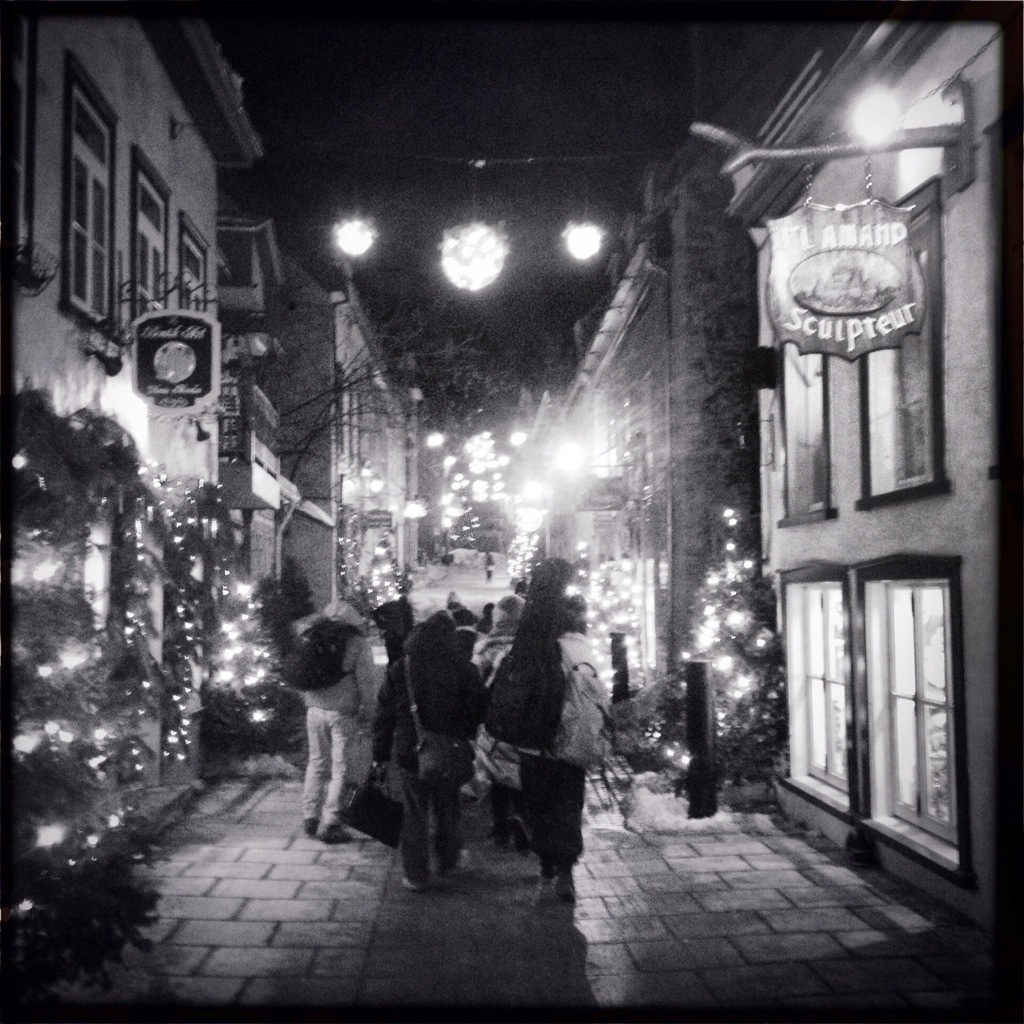