Théâtre de Lorient – CDDB, 16.12.11. Memories from the Missing Room took shape for the third time. The whole thing was quite a rush, no time for a real rehearsal. But the energy was there between all the members of the team… the technicians, Morgan on the sound, Kelig on the lights, Christophe on the revolving stage, Marc the director, his assistant Tünde, the actors Geoffrey Carey, Priscilla Bescond and Philippe Smith, the six Moriarties, and Philipe Dupuy who battled technical problems like a real comicbook hero, running his magical devices and burning all his drawings in a massive bonfire at the end! It felt great and exhilarating being in that big merry-go-round again, hidden behind the wall, listening, then getting hurled inside the bedroom all of a sudden. Like playing a movie soundtrack in real-time, and suddenly becoming part of the movie. 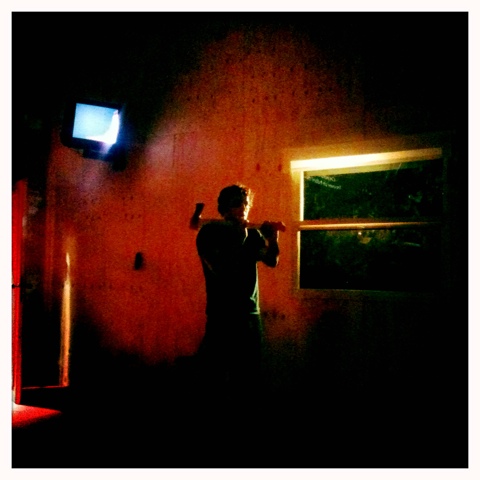 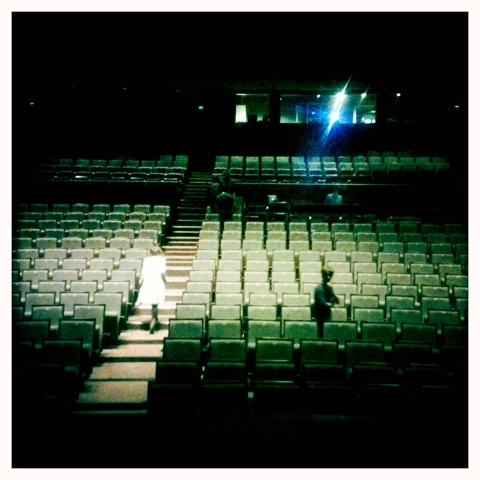 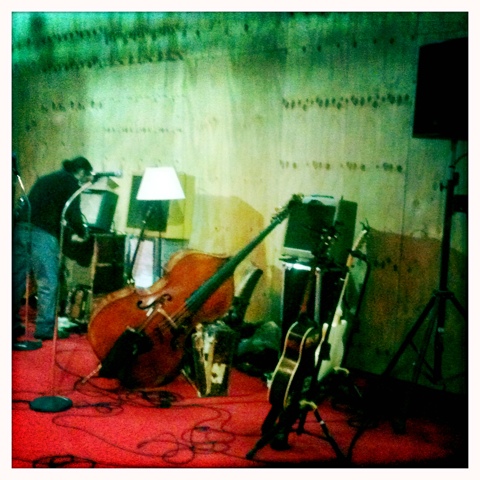 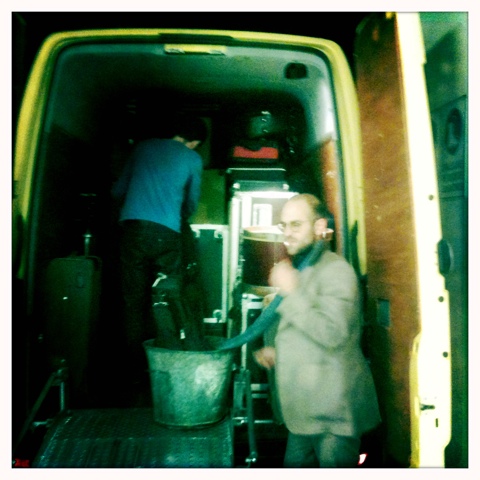 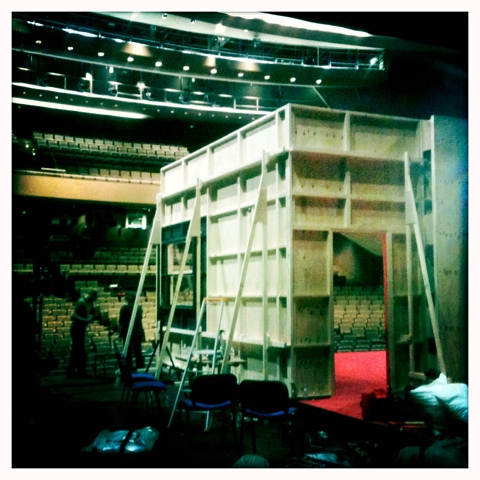 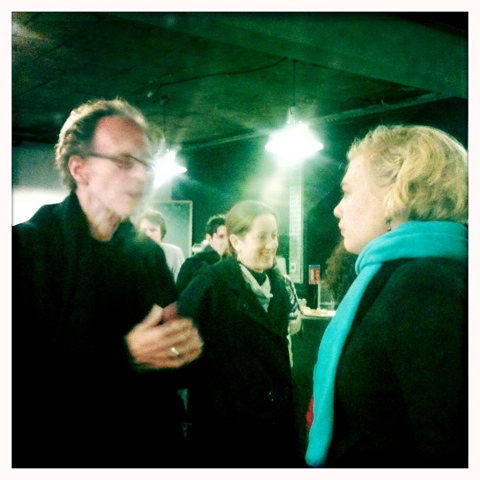 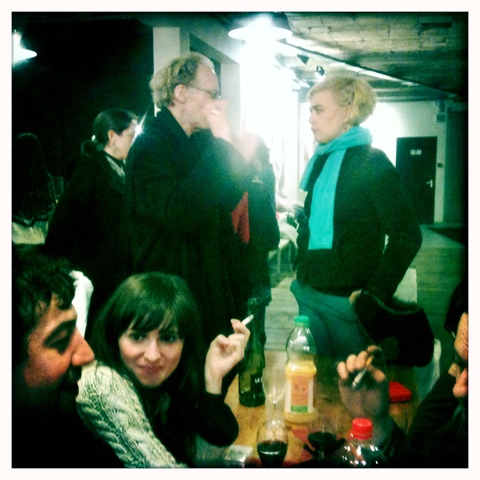 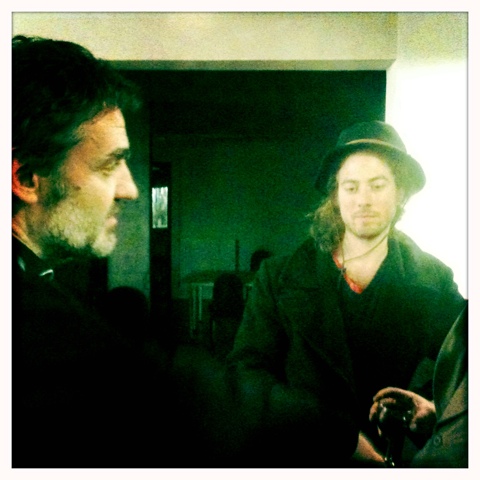