A travel through the damp fog, cold moist stones welcome us at the abbey-cum-penitentiary. And a cat named Booboo is the master in the house. The performance takes place inside the former dormitory where hundreds of nuns used to sleep, fifty meters long and a barrel vault made of wood like the belly of a ship. Christine Salem joins us for a few songs, Sakalav’, Black Betty… We have to keep the sound under control because too much volume would result in a sonic chaos. But the audience helps us by gathering close to the stage and focusing. Some old-time fans are there too and for the encore they request Cottonflower and Jimmy. Then around midnight we’re taken on a walk through the labyrinth of the monastery, in the darkness the flashlights reveal cloisters, tombstones of Alienor d’Aquitaine and Richard-Coeur-de-Lion, huge byzantine cupolas and armenian-like roofs looking like dragon’s scales. We’re told about the founder of the abbey, one Robert D’Arbrissel who would preach to the femmes de mauvaise vie, take them into the monastery for salvation, then insist on spending his nights amidst them to test his faith and resistance to temptation – apparently he resisted « the best he could ». Yet (or hence?) the order of the abbey was always directed by women, with male monks under their supervision for centuries… (spiritual amazons?) After a while we reach the prison cells, les cages à poules, full of ghosts, traces on the wall, or how a place for voluntary seclusion becomes the architecture of imperial repression by a simple twist of fate. In the tall surreal space of the kitchen Rosemary sings a few notes that linger for a long moment in the high chimneys of stone. 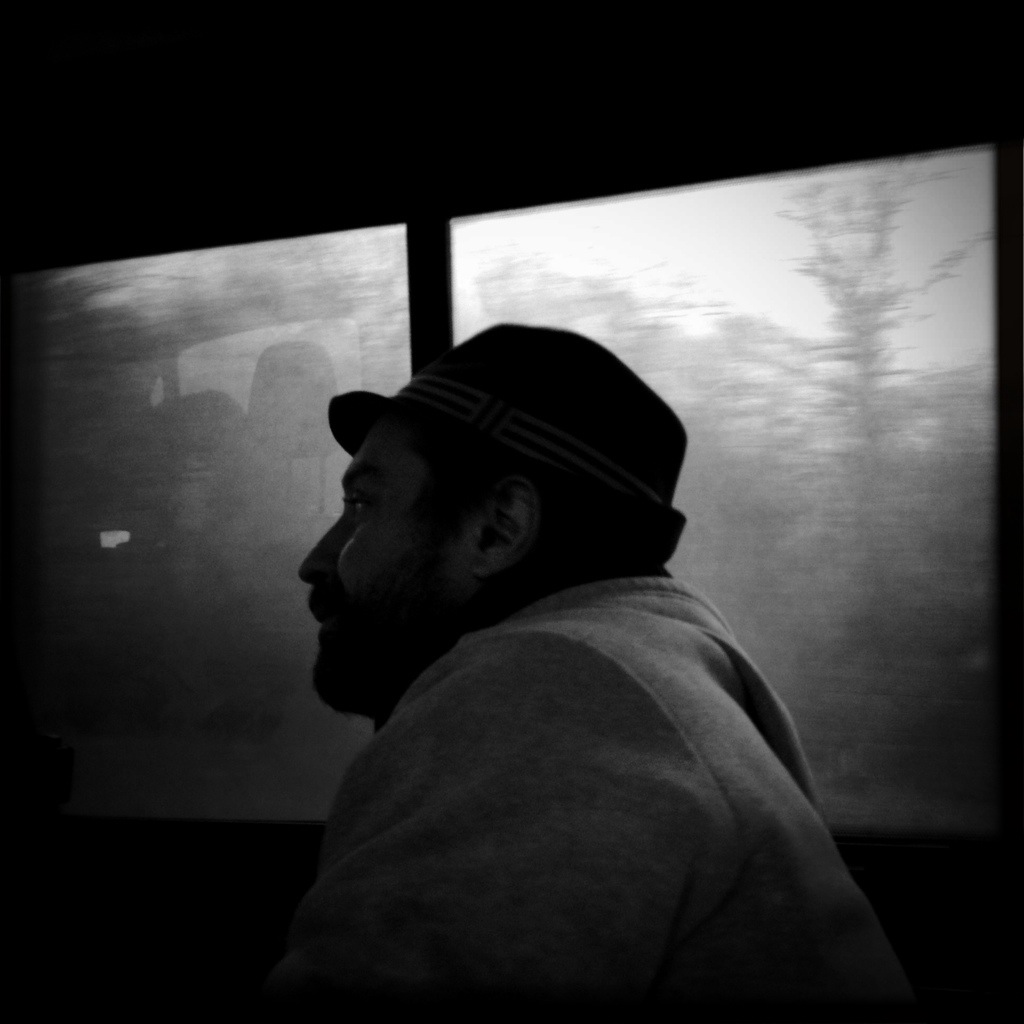 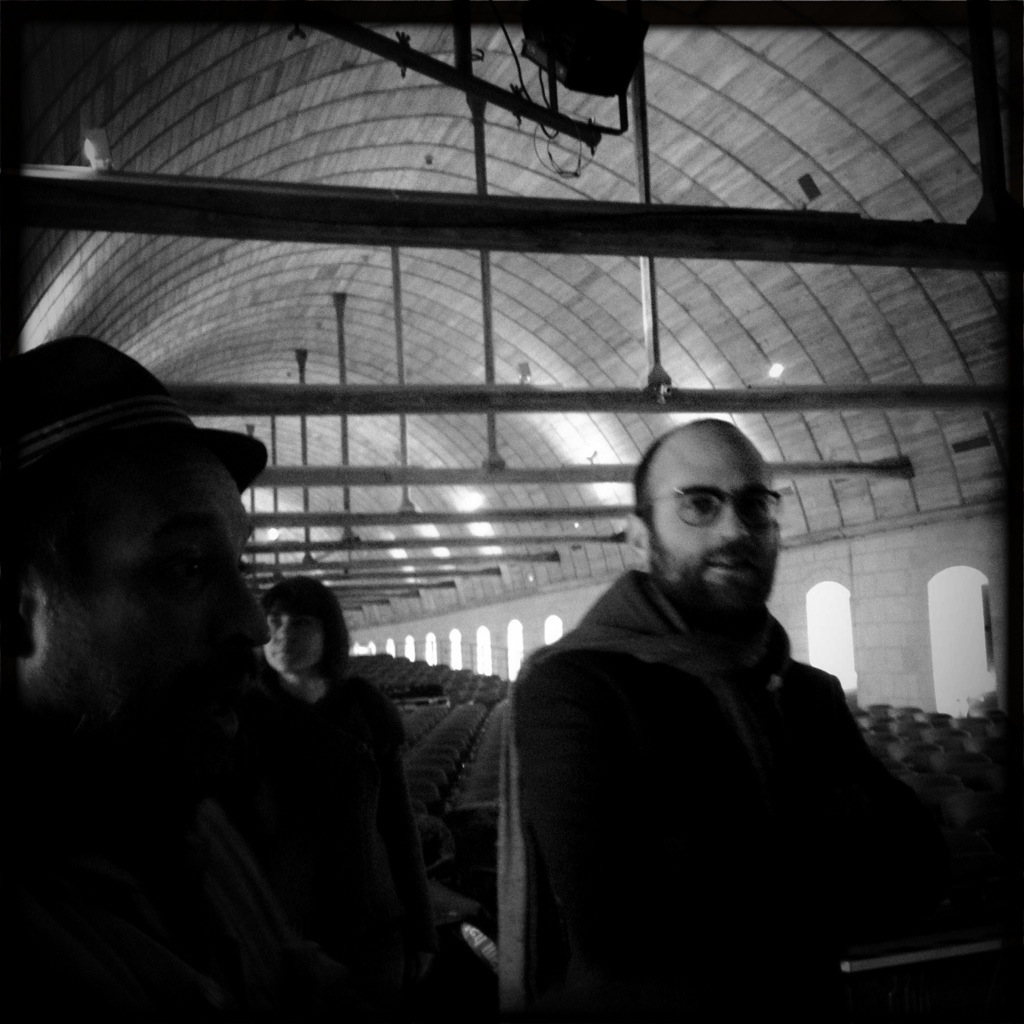 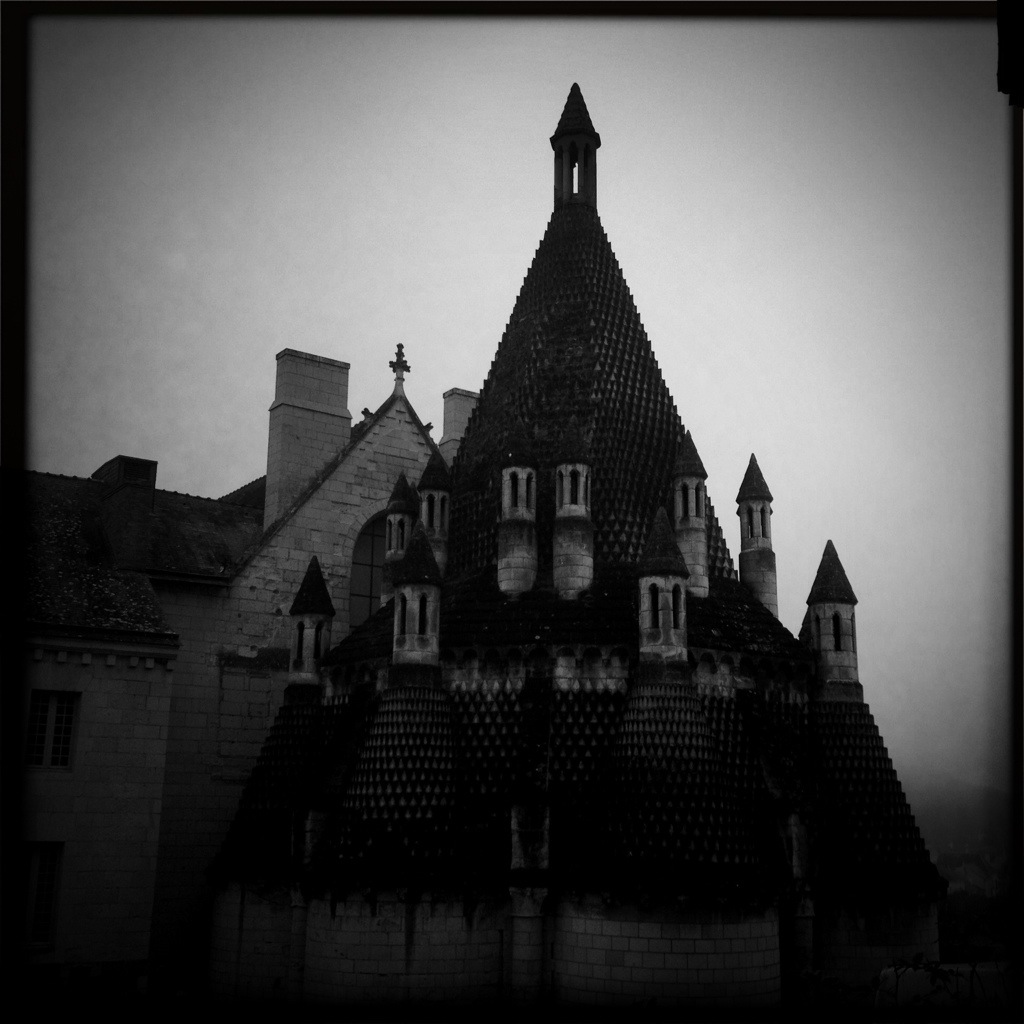 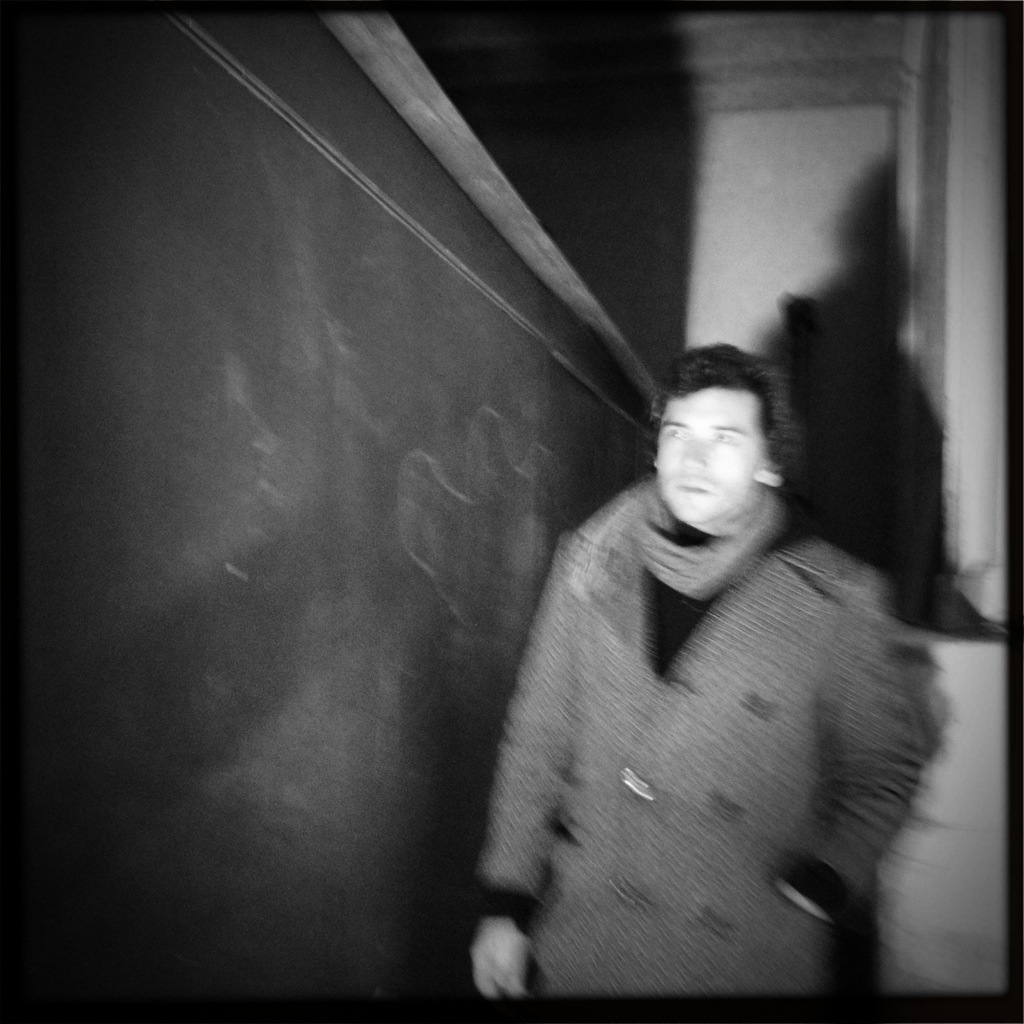 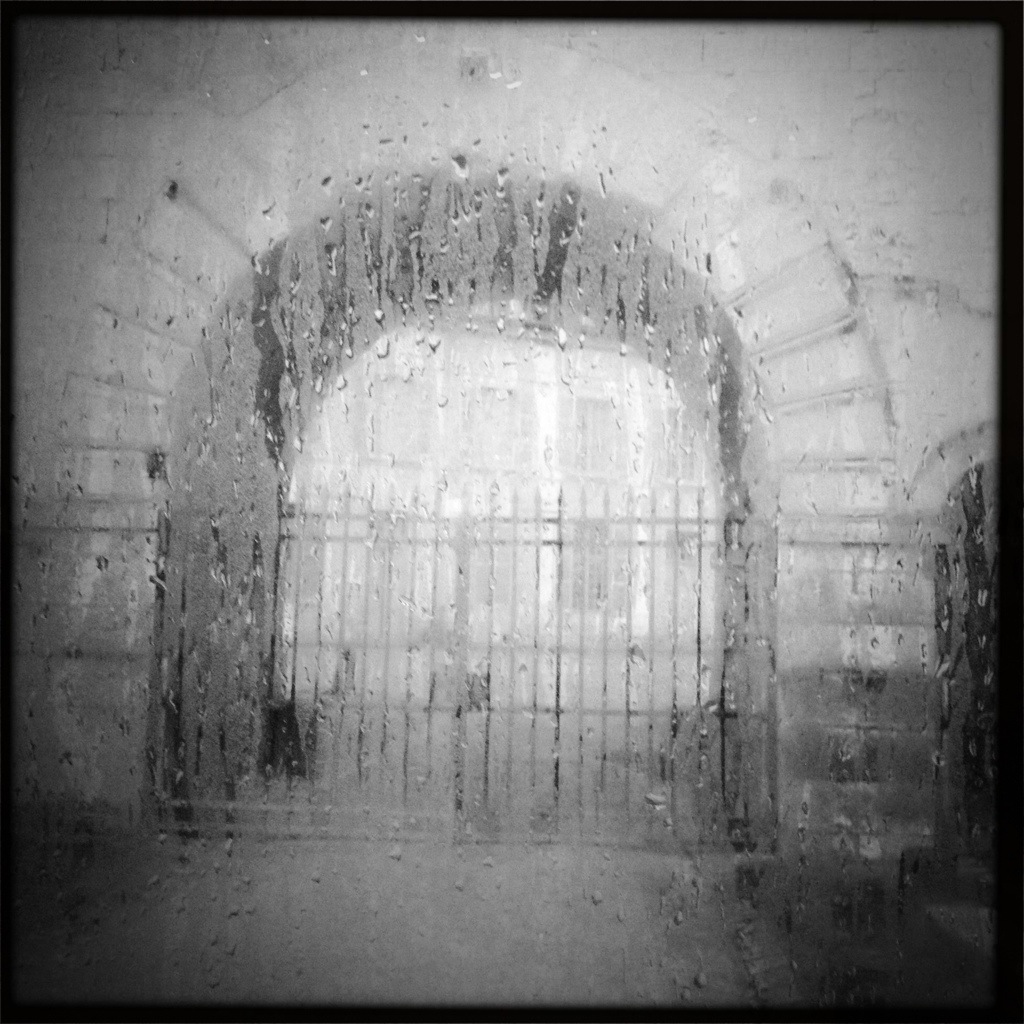 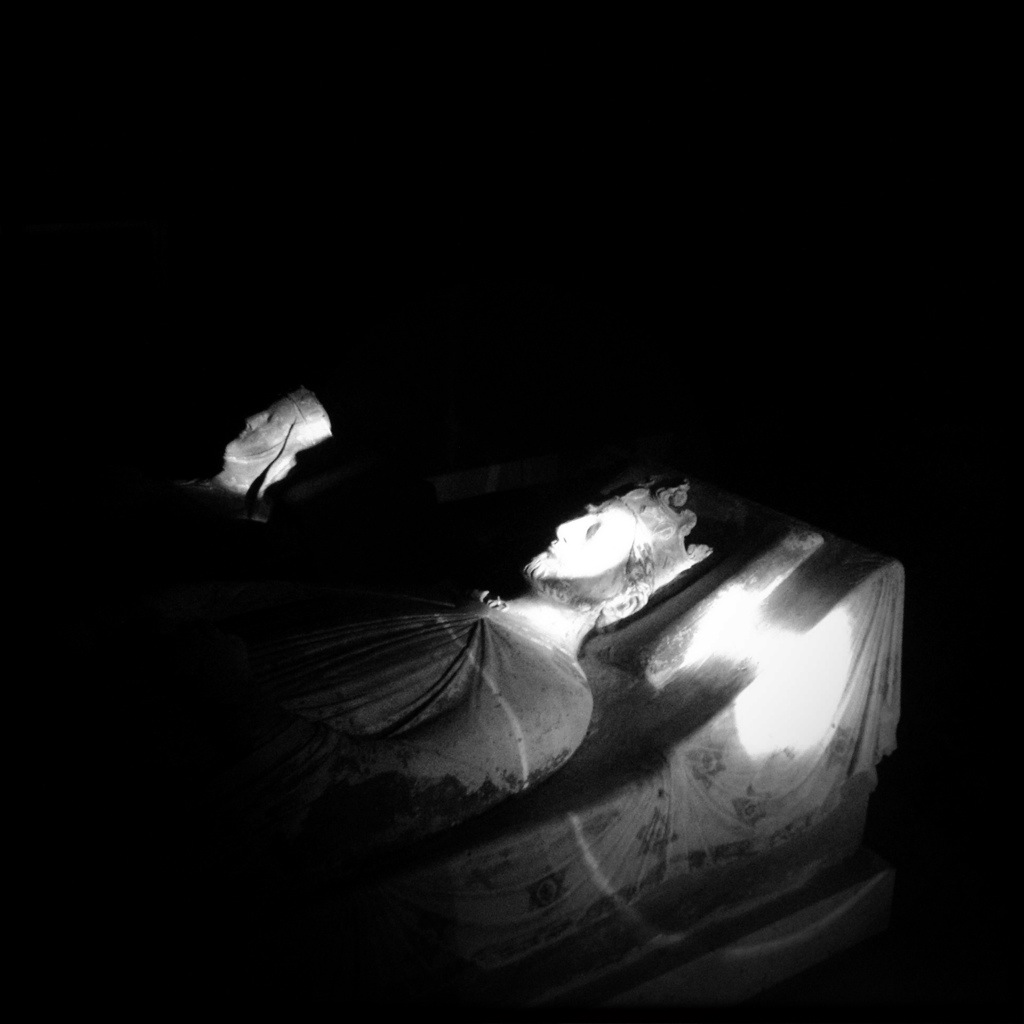