Last week, final acoustic show in Paris: Musée de la Police. Most people thought it was a hoax. But actually the place was quite interesting… full of stories, atmospheres, crime scene photographs, outlandish characters. Quite a challenge. Then we realized the museum was on the third floor of a central police station. Of course they never had a music band come in and do a concert in there, so the cops were all freaked out. It seems that they don’t like crowds (le péril en la demeure!)
In the museum, next to the guillotine blade – that served a few hundred times – we found the severed head of mr.Pranzini, con-man and professional seducer. Further down we read the story of a gigolette who tricked her rich clients into following her and had them killed by accomplices.
In a glasscase we saw a strange yellow david star with the word « Auvergnat » written on it, worn in 1942 by a french architect as a sign of protest against the occupation laws (until some fellow frenchman came and didn’t like the provocation and told him to take away the star – and started a fight and finally got the architect arrested… )
And then there was the wax figure of the famous – and infamous – Alphonse Bertillon surrounded by his gigantic cameras and his tools for measuring facial features and his blind faith in science – thinking he could tell criminals by the shape of their heads… anyway for good measure we chopped his own head off at the end of the show. 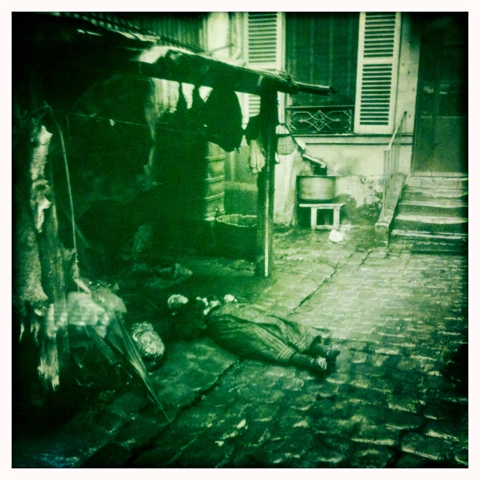 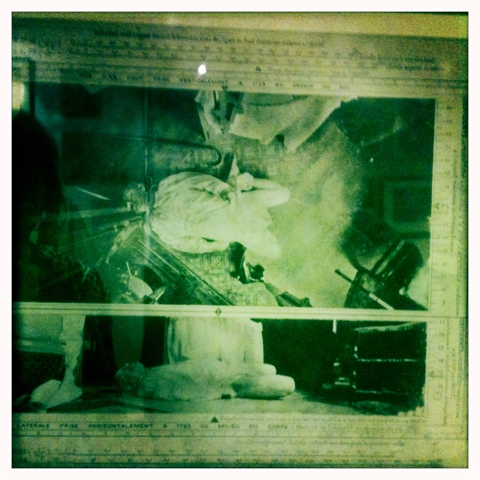 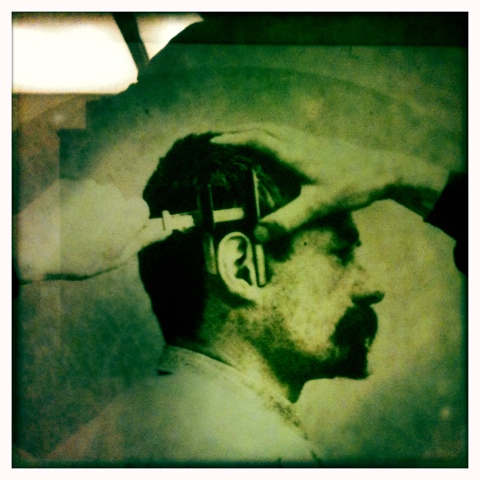 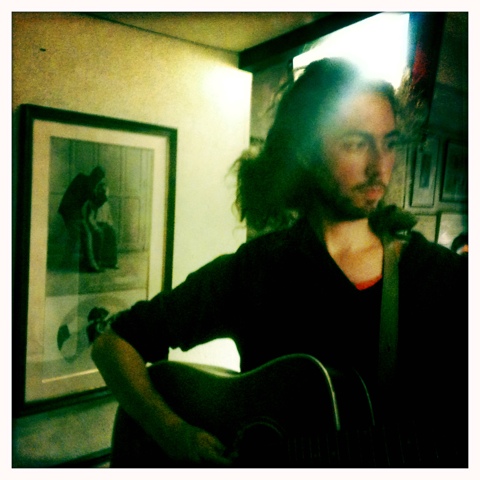 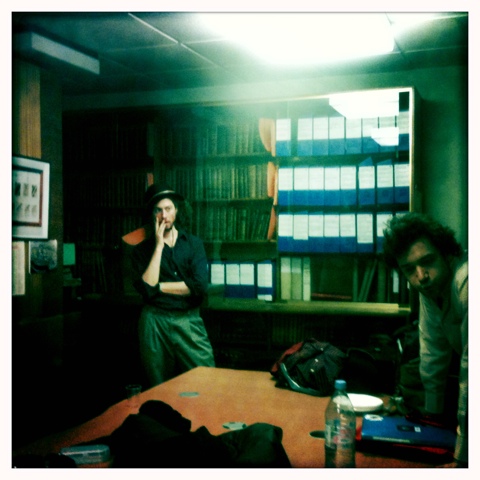 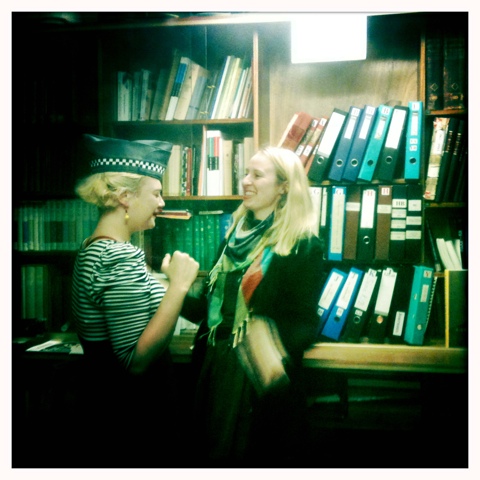 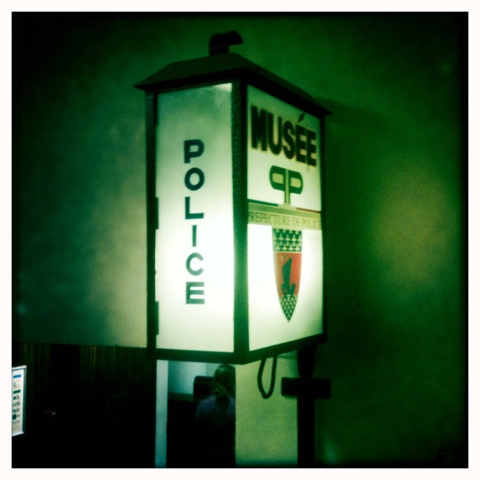 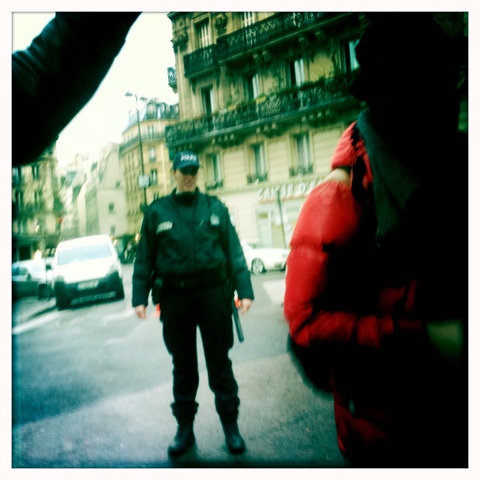