Moriarty on tour in Berlin, June 2011: after playing for the Fête de la Musique in Paris we tried to catch an hour of sleep, drove to the airport and hopped on a tiny airplane around 5am and took off for Berlin as the sun rose… We fell into a deep ten-thousand feet-high sleep and woke up as the wheels hit the runway at Schönefeld, and a sweet beige berliner cab took us to the Michelberger Hotel, where we crashed in the Hinterhof, surrounded by hipsters having their Frühstück as blazing sunrays bounced off the white tiles on the walls. Here and there guitars lied purposely on the couches so we stole one and played songs of the nineties: in the death car, come as you are… And then came Rainer and Matthias and Maren and we talked about Germany, memories and ideas, the old UT Connewitz in Leipzig, the churches in Dresden and Köln, the Kampnagel on Hamburg… Finally we crossed the Spree on the old beloved Oberbaumbrücke to reach Kreuzberg and the Lido on Cuvrystrasse, its everchanging but permanently closed down facade covered with posters like an abandoned cinema on the edge of the former no-man’s land: memory of Mauer times when this was the very end of the western world. 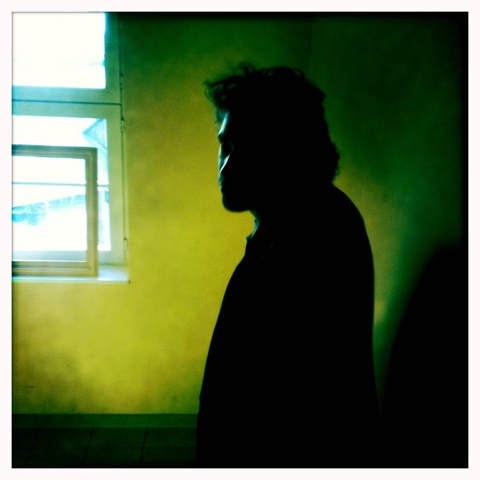 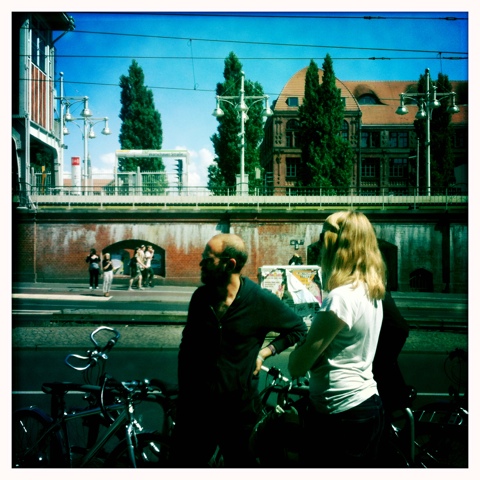 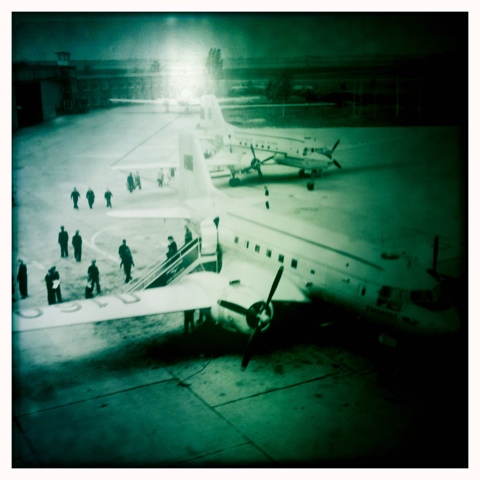